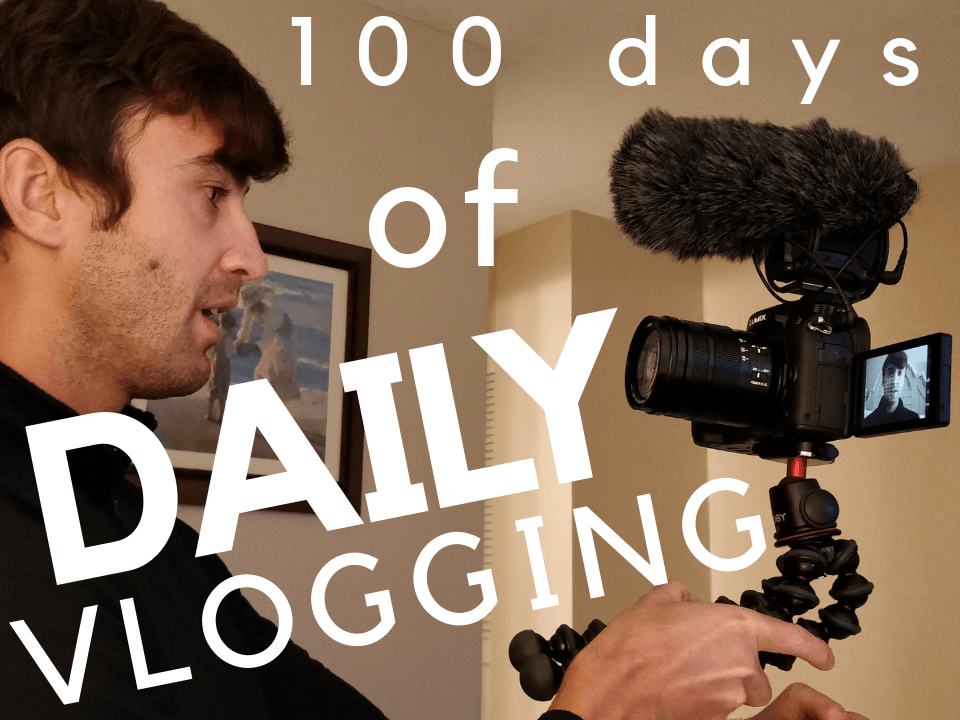 It’s been over 100 days since uploading first daily vlog on YouTube.  Actually 112 days to be exact.  But who’s counting?  Well, I certainly am, of course!

Whether you are new to the world of daily vlogs or are a daily vlogger yourself, here are 5 things that daily vlogging has taught me over the past 100 days.

1. You’re Not Talking to a Camera

It took me quite a few weeks of daily vlogging to realize that when vlogging, you are not talking to a camera, but rather you are talking to your audience.

Especially in the beginning, I felt like a weirdo walking around and talking to my camera. It wasn’t until I started to have some interaction with my audience, online and offline, that made me realize that I am having a conversation with my viewers as opposed to acting or putting on a show.

It’s a game changer when you look into that lens and see real human beings on the other side.

2. Confidence Is Key and It Can Be Learned with Practice

I consider myself an introvert and naturally shy.  To this day, I lack confidence in many social situations.  Prior to daily vlogging, I went so far as laying down in the middle of a mall to help build my confidence.  Yes, this exercise definitely helped, and I recommend it to anyone who feels a lack of confidence.

But the thing that is most important to learn confidence is to put yourself in uncomfortable situations REGULARLY.  What better way to do this than to force yourself to daily vlog—especially in public.  While it’s going to be awkward and you will certainly feel very uncomfortable, the more you do this, the less awkward and less uncomfortable you will feel.

Just like any athlete or musician, the key to mastering the art is consistency.  There is no magic pill that will give you confidence overnight. It is something that you must actively work on regularly.

3. I Still Haven’t Found My Voice

Imperfectionism—not sure if that’s a real word or not, but you get the idea—it’s the opposite of perfectionism.  Perfectionism is a blessing and a curse for me.  Perfectionism allows me to create meticulously planned and executed deliverables in many situations.

However when daily vlogging, there is very little room for perfectionism.  The clock starts ticking the moment you wake up everyday.  Another daily vlog is due in less than 24 hours.  All-nighters are possible, but not sustainable.

Whether during the filming or editing of a daily vlog, you have to draw the line somewhere and accept that it won’t be perfect.  Good is good enough.  And by no means does that make you a slacker. You’re daily vlogging for goodness’ sake!

Committing to a daily vlog inspired me to live each day with purpose.  I make it a point to do something interesting everyday.  It could be something as small as getting a haircut or something really adventurous like traveling to another country.

Since starting my daily vlog, I quit my job, toured around my hometown of Baltimore, traveled to Arizona, Bermuda, and central Europe, and got my haircut twice on camera, just to name a few.

I am super excited to see where the next 100 days of daily vlogging brings me.  I invite you to join me on my journey.

Are you a daily vlogger? Interested in starting a daily vlog?  Let me know what brought you here today in a comment below.  I’d love to have a conversation with you.