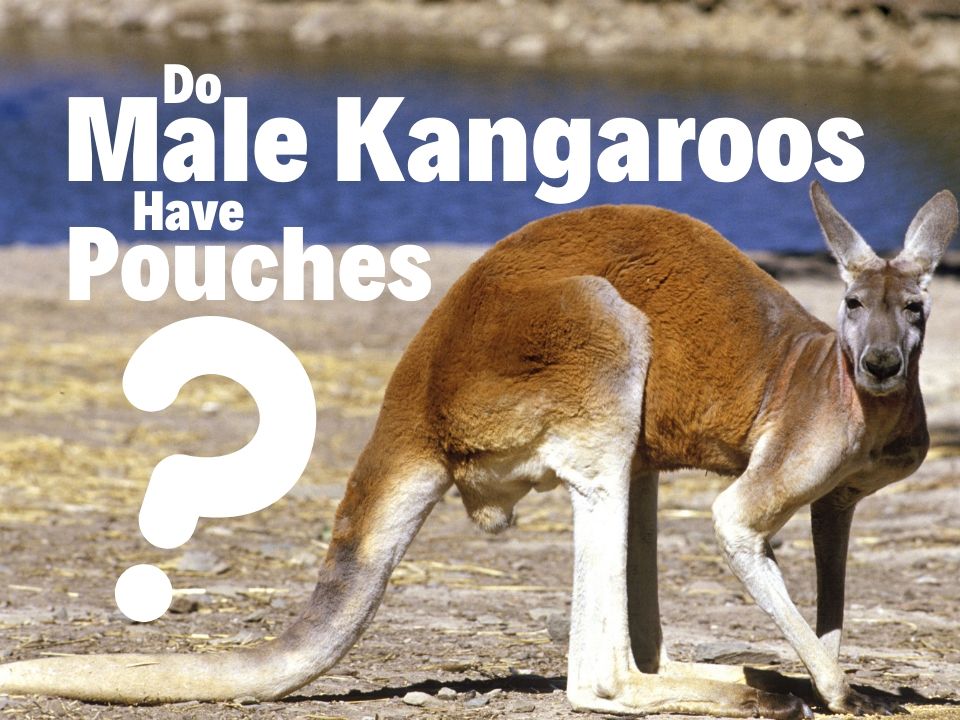 Do Male Kangaroos Have Pouches?

Female kangaroos are responsible for giving birth and raising their offspring. After just over a month of gestation a baby kangaroo, also known as a joey, is born. Since a baby kangaroo is relatively undeveloped at birth, it spends nearly its first eight months in its mother’s pouch. After leaving the pouch for the first time, the joey will return to its mother’s pouch for another six months or so until it’s fully independent.

Male kangaroos, on the other hand, don’t play much of a role in raising their young. This duty is the responsibility of the female kangaroo who nurses and feeds their offspring in her pouch.

Do Male Marsupials Have Pouches?

Kangaroos are part of the marsupial family of mammals. A distinct characteristic common to marsupials is their pouch—scientifically called a marsupium. Knowing this, we can ask a similar question:  do male marsupials have pouches?

The only living marsupial in which both sexes have a pouch is the water opossum. That’s right, both female and male water opossums have pouches.

Interested in kangaroos? Check out some of my other kangaroo blog posts here, and let’s talk kangaroos below.

2 thoughts on “Do Male Kangaroos Have Pouches?”