When I recently traveled to Spain, I was astounded by the number and variety of electric scooters all over the place. Back home in the United States, there were plenty of scooter-sharing companies, but nothing like Madrid. 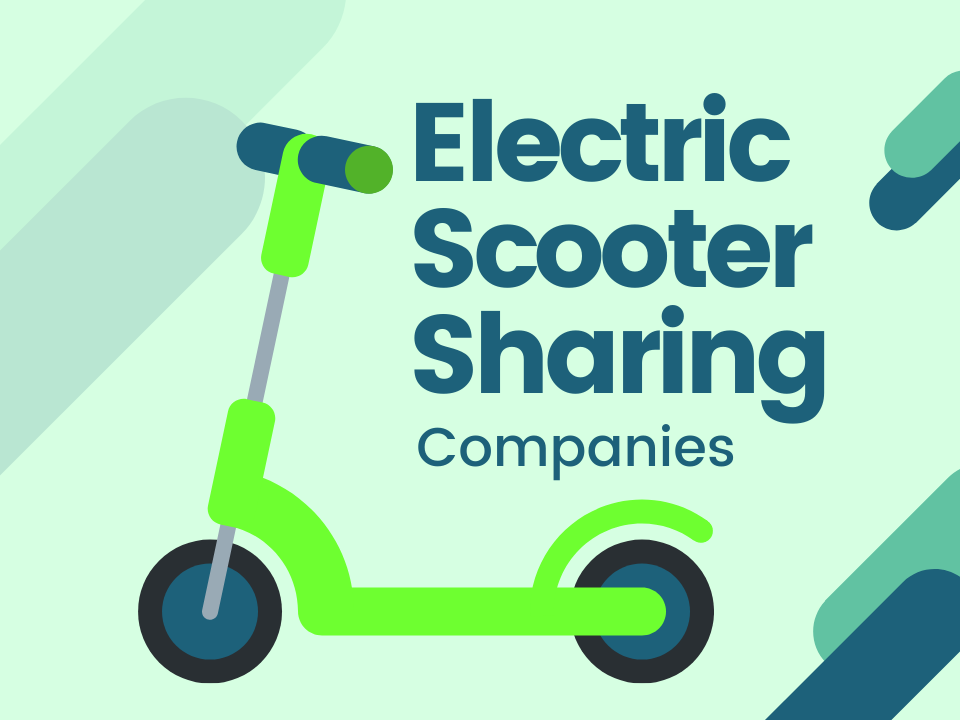 Voi Scooters prides themselves on being the first European scooter operator. Headquartered in Stockholm, Voi has over 500 employees serving 4 million plus scooter users across Europe.

Lime, a definite leader in the dockless electric scooter sharing industry, began operations in January 2017 in San Francisco. Those who collect and charge Lime scooters in exchange for payment are cleverly named Juicers.

To date, Lime scooter rentals are available in 32 countries around the world. Within the US, you can rent a Lime scooter in 28 states. In addition, Lime has partnered with 21 US university campuses and 2 international campuses in Australia and Spain.

Currently a relatively small electric scooter sharing company founded in 2017, Wind is quickly expanding its current fleet of 50 scooters. As a result of landing $50 million in funding, the once Berlin-based scooter company has moved its headquarters to Barcelona.

Launched in Zurich, Switzerland as Flash in January 2019, Circ has seen enormous growth and change to date. Now headquartered in Berlin, Germany, Circ has reached 1 million scooter rides in its first 5 months of existence.

As of 2019, Circ scooter rentals are in dozens of central and southern European cities as well as Norway and Sweden.

Headquartered in Berlin, Tier had over 240 employees as of May 2019. Tier has deployed fleets of electric scooters in 44 locations around Europe as well as Abu Dabi.

Founded in 2018 by Alan Jiang and Deb Gangopadhyay, Beam is another e-scooter company. Headquartered in Singapore, Beam is expanding its scooter rentals across the Asia-Pacific region.

Often times, e-scooter companies struggle to integrate their e-scooters into new cities. In an effort to smoothly expand, Beam claims they are “fully committed to working in partnership with governments at all levels”.

At the time of this writing, Bean has over $64 million in funding and less than 50 employees. Beam does not publicize a list of its scooter rental locations at this time.

Located just outside of Vancouver in Burnaby, BC, Bunny Scooters launched in July 2019. As of November 2019, Bunny electric scooters are available for rental in Vancouver and San Diego.

Most electric scooter shares are dockless and require human chargers. Swiftmile has a solution for that. Although Swiftmile doesn’t manufacture e-scooters, they have developed an autonomous charging platform for electric bikes and scooters.

Based in Mountain View, California, Swiftview began operations in 2015. Their flagship product is not an electric scooter, but rather a docking system that is designed to charge electric scooters via solar.

Surpassing 10 million rides in their first year of operation, Bird has seen tremendous growth since its founding in September 2017. Travis VanderZanden, a former executive at Lyft and at Uber, grew this e-scooter startup to a valuation of $2.8 billion as of October 2019.

As one of the older companies on the list, Scoot Networks came into existence in 2011 as an electric moped company. While some consider mopeds their specialty, Scoot is dabbling in the e-scooter business with their Scoot Kicks fleet of scooters.

Scoot is headquartered in San Francisco alongside its fleet of other electric vehicles. To date, Scoot has not expanded outside of San Francisco.

With only four locations across the United States, Skip Scooters is a fairly new e-scooter business. As of the time of this writing, Skip Scooter locations include Washington, D.C., San Francisco, San Diego, and Austin.

The folks who make Boosted Board (i.e. Waybots) founded Skip. The scooters were originally branded under this name. Relative to other motorized scooter companies, Skip differentiates itself from competitors with sturdier scooters and larger capacity batteries. These features offer a smoother ride and greater range.

Ford Motor Company owns Spin, a scooter-sharing company based in San Francisco. Founded originally as a bike sharing start-up in 2017, Spin naturally transitioned into the scooter-sharing industry in February 2018.

It was a rough start for Spin as their launch in Austin only lasted a day due to issues with the local government. This was only a small hiccup for Spin though. An announcement in August 2019 revealed that Spin would deploy 15,000 scooters in Portland, Los Angeles, Denver, Washington, DC, Kansas City, Memphis, and Minneapolis.

Bolt is a transportation network company. In addition to dockless electric scooter rentals, Bolt is a ride-hailing company offering on-demand rides from within their mobile app (think Uber).

The company was still operating under the name Taxify when it launched Bolt electric scooter rentals in Paris in September 2018. It wasn’t until February 2019 when the company fully rebranded to Bolt.

The company that brought you the original folding Razor kick scooter is now in the electric scooter rental business.

Back in 2000, the Razor scooter was the Toy of the Year with over 5 million scooters sold. Many people weren’t aware that the company’s first electric scooter was just 3 years later in 2003.

While Razor still sells electric scooters for personal use, the company is perhaps late to the game of e-scooter rentals. As of now, Razor has deployed scooters to only a few areas in southern California.

Originally launched in Madrid, Movo is yet another motorized scooter rental company based in Europe. Geared towards the Spanish-speaking population, Movo has deployed its electric scooters in Madrid, Buenos Aires, Bogota, Lima, Santiago, and Mexico City.

“Shared electric scooters to rent” is the tagline you’ll see when you visit Cityscoot’s website.

In June 2016, Cityscoot launched in Paris. Most recently, the electric scooter company deployed 500 scooters to Rome in May 2019. At of the time of this writing, Cityscoot has its scooters in Paris, Nice, Milan and Rome.

Inspiration for wiring this e-scooter list post was from seeing the variety of electric scooters on my world travels. If you’re interested in reading some of my other travel blog posts, feel free to check them out at TonyTravels.com!

Also, don’t hesitate to drop a comment below to say hi.

With a strong software engineering background, Tony is determined to leverage the technology of today to have a positive impact on as many people as possible. Discover how Tony bravely gave up his dream job to pursue this mission. You can send Tony a message here.
All Posts »
PrevPreviousWhat It’s like to See The Price Is Right Live