I was pumped when I found out that season 8 episode 5 of Extreme Makeover Home Edition was going to be filmed in Hamburg, PA. That meant that the host Ty Pennington was bringing his home renovation series to Pennsylvania, just 20 minutes from my hometown of Reading in Berks County.

To date, I had very few opportunities to appear on national television. So when I was chosen as a volunteer, I was excited. Here’s my experience on the set of Extreme Makeover Home Edition in Hamburg, PA. 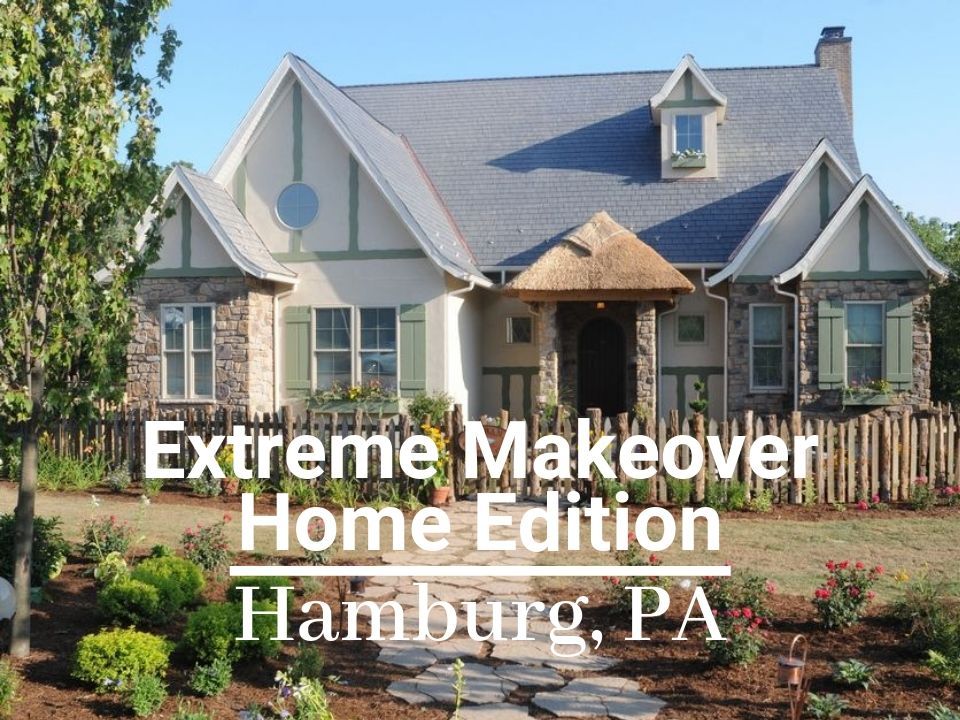 Volunteering to Be on National TV

I don’t know about you, but every time I see a television or movie crew I get excited. Wether it’s a news crew broadcasting on the side of the street or a cameraman at a baseball game, I go out of my way and try to get on TV.

So back in 2010 when I found out that Extreme Makeover Home Edition was coming to Hamburg, PA (just 15 miles from where I lived), I was ecstatic. I sent my friend Nick a text message:

Extreme Makeover is coming to Berks County.. do ya want to volunteer and be on national TV with me?

Consequently, we both signed up to be volunteers for the build. Priority was given to professional tradesmen who could actually contribute to the success of the project. On the other hand, general volunteers who lacked the skills to build a house were assigned duties based on availability.

Luckily, Nick and I were both selected to volunteer as safety inspectors. We were told that we didn’t need any experience with job-site safety. Instead, we were given a 2 hour training course by the Eastern Alliance Insurance Company. The safety training was a day before the build at the conference room in the nearby Cabela’s.

The training course was pretty basic. Pretty much our only task was to walk around a designated area and identify potential hazards.

Although we were told our job as safety inspectors was an important part of the build team, in reality, I think we were just a checkbox. When we got to the set, we were pretty much told stay out of the way of the builders.

So Nick and I used this opportunity to seek out the film crew and do what we could to get on TV. By the end of the second day of filming, we were pretty confident that we were going to be on TV. 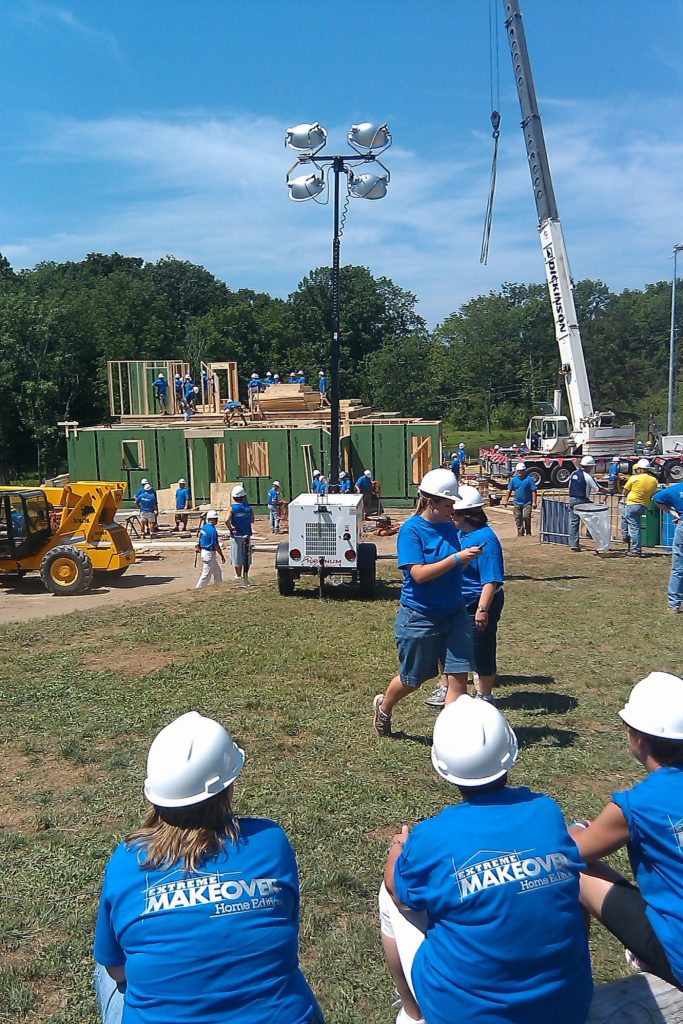 Although filming took place the first week of August 2010, the show didn’t air until October 24 of that same year.

Nick and I eagerly waited for the episode to air on TV. We were driving back to Pennsylvania from the USA Science & Engineering Festival in Washington, DC on October 24 and stopped at the Sheraton in Baltimore to watch the episode air live.

As I said before, we were sure that we were going to be on TV. But after the hour episode, we didn’t see ourselves in a single scene.

We learned that day that only a small percentage of what is actually filmed for TV and movies is used in production. In other words, although the video cameras recorded us on the set of Extreme Makeover Home Edition, the editors decided not to included it in the episode.

In addition, Christie Brinkley, a Sports Illustrated model, also appeared on the Hamburg episode; however, I didn’t see her. 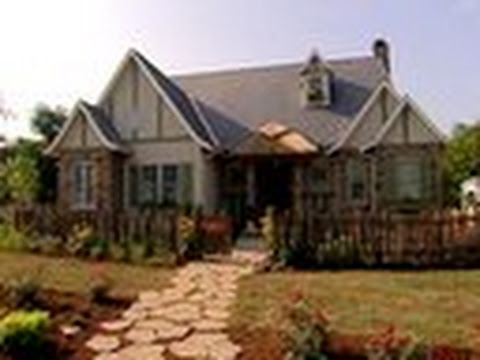 On July 2016, Trisha Ann Urban sold her Extreme Makeover home for $332,500. She moved to Bucks County with her new husband.

Read more of my blog posts about television here. Also, let me know in the comments below if you were ever on an episode of Extreme Makeover Home Edition.