There are dozens and dozens of hedge funds in Greenwich, CT. As a result, Greenwich is called the hedge fund capital of the world.

Some would argue that NYC should hold this title, but with the world’s largest hedge fund by AUM, Bridgewater Associates, just a 10 minute drive up the road from the second largest hedge fund, AQR Capital Management, Connecticut and specifically Greenwich gets this honor. 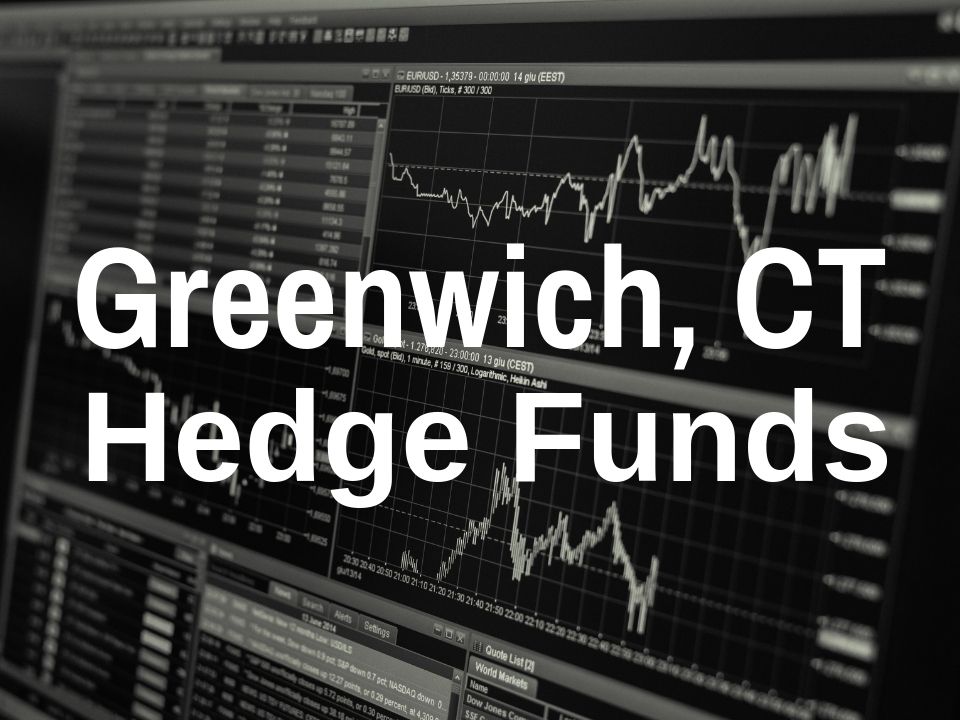 As of 2018, Altrinsic Global Advisors reported an AUM of over $7 billion and 32 clients.

Cliff Asness, David Kabiller, John Liew, and Robert Krail started the AQR hedge fund in 1998. Since AQR is a systematic hedge fund based on research, it relies heavily on software and algorithms to model the markets. Consequently, the AQR in AQR Capital Management stands for Applied Quantitative Research.

As of December 2018, AQR Capital Management had an AUM of $196 billion and employed around 1,000 people according to its website. This makes AQR one of the largest hedge funds by AUM.

Founded in 1997, Aristeia Capital is committed to the pursuit of excellence, the highest professional standards, and a culture that champions integrity, curiosity, and respect according to their website. Aristeia, a noun of Ancient Greek origin is by definition an act of excellence.

Aristeia is headquartered Greenwich, Connecticut and also has an office in New York City. As of Q1 2018, Aristeia Capital managed over $5.1 billion in capital.

Clifton Robbins started Blue Harbour Group in 2004. While Blue Harbour invests in the public markets, the hedge fund applies a “private equity approach” its investments according to their website.

As of June 2017, the Blue Harbour Group hedge fund had an AUM over $3 billion.

Jon Bauer, Janice Stanton, and Gil Tenzer established Contrarian in 1995. Due to over 30 years of distressed investing experience, Contrarian claims to have “one of the most stable portfolio management teams in the industry”.

Mike Vranos and six partners started Ellington Management Group in 1994. According to their website, Ellington aims to “deliver attractive returns to investors over time, without taking excessive risk”.

Ellington Management Group’s core investment principle is “to capture upside in good markets and control downside in difficult markets”.  Seems like the hedge fund is doing pretty well since Ellington had asn AUM of over $10.3 billion as of Q4 2018.

Robert Koenigsberger established Gramercy Funds Management in 1998. Gramercy specializes in emerging markets. Although Gramercy is headquartered in Greenwich, it also has offices in London, Hong Kong, and Buenos Aires.

Haebler Capital is a hedge fund specializing in emerging markets. According to their website, Haebler seeks to invest in the specialty coffee trading business and the restaurant business in addition to industrial privatization.

Furthermore, the president and chairman of Haebler Capital, L. Scott Frantz, was a former member of the Connecticut Senate.

John A. Thaler created his hedge fund in 2007 called JAT Capital Management. In a move similar to former Greenwich-headquartered hedge fund ESL Investments, JAT Capital is named after John’s initials. While ESL Investments has been around since 1988 and has since moved to Florida, Eddie Lampert might have been the first hedge fund manager in Greenwich to use his initials to name his firm.

Michael Lowenstein and Thomas Coleman started Kensico Capital Management in January 2000 and is yet another hedge fund in Greenwich, CT. The firm conducts fundamental analysis and applies value driven investment approach to make its investments.

Founded in 1989, L Catterton’s funds have made more than 200 investments in leading consumer brands across all segments of the consumer industry. Although L Catterton is headquartered in Greenwich, they have 17 offices globally.

According to their website, L Catterton has over $15 billion in AUM. In addition, L Catterton self-proclaims themselves “the largest and most experienced consumer-focused private equity group in the world”.

Stephen Mandel established Lone Pine Capital in 1997. The hedge fun invests in global public equity markets. In addition to having its headquarters in Greenwich, the firm has offices in London, New York City, and San Francisco.

Mile 26 Capital is a relatively new Greenwich hedge fund that was only founded in November 2015. As a result, not much public information is available about this hedge fund.

According to some sources, Mile 26 has less than $150 million in AUM in a total of 2 funds.

Alex Mascioli established North Street Capital in 2011. The hedge fund is named after North Street in Greenwich, CT.  In addition to high touch client service, North Street’s keys to success are value accuracy and fixed pricing according to their website.

Bloomberg estimates that North Street has an AUM between $10 million and $800 million.

Donald Sussman founded Paloma Partners in Greenwich, CT in 1981. Paloma offers risk/reward opportunities in all strategies, but also has traditionally focused on quantitative and relative value approaches according to their website. In addition, Paloma was the largest contributor to the Hillary Clinton campaign with a $21,613,800 contribution.

As of March 2016, the Paloma hedge fund in Greenwich had $4 billion in AUM.

Ned Gilhuly and Scott Stuart started Sageview Capital in 2005. According to their website, the hedge fund “provides growth capital to small and mid-sized companies in the technology, financial services, and business services sectors”.

At the time of this writing, the employees of Sageview are collectively the single largest investor in the fund. This is impressive since as of Q1 2018, Sageview had $1.2 billion in AUM.

Silver Point Capital was founded in 2002 by Edward A. Mulé and Robert J. O’Sheais in Greenwich, CT. While the hedge fund focuses on credit and special situations investments, it seems like they have a sweet tooth for investments such as Krispy Kreme and Hostess Brands.

Verition was founded in October 2008 and is based in Greenwich, CT. In addition to public equity, the hedge fund invests in fixed income and alternative investment markets.

Since leaving my hedge fund job in 2018, I am still very much interested in the topic of hedge funds. Seems like you are too, so check out some of my other hedge fund blog posts here.