While this probably seems quite odd at first, there are good reasons why kangaroos, and all marsupials for that matter, have three vaginas. Let’s explore this interesting topic below. 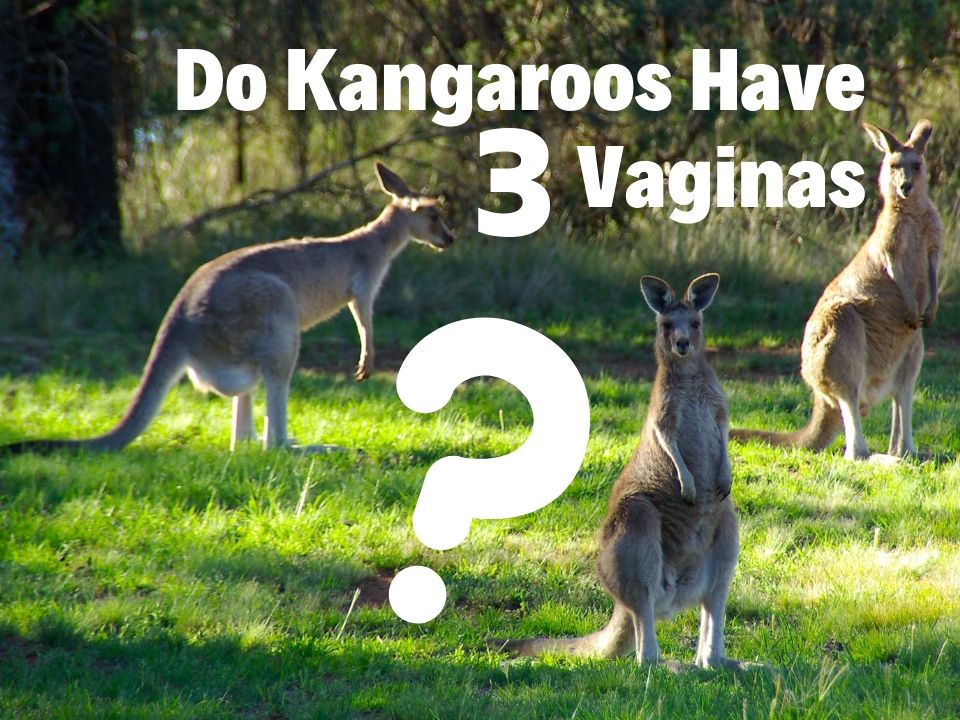 Why Do Kangaroos Have 3 Vaginas?

Let me point out that female kangaroos don’t actually have three separate holes. Kangaroos have a single vaginal opening that divides into three vaginal tubes.

The medial vagina, the one in the middle, carries the jellybean-sized embryo during birth. In other words, this narrow, medial vagina serves the purpose of a birth canal.

On the other hand, the vaginas on either side of the medial vagina carry sperm to the two uteruses.

In addition to three vaginas, marsupials have two separate ureters which transport urine from the kidneys to the bladder.

Furthermore, the combination of multiple vaginas and a pouch allow a kangaroo to nurse up to three joeys simultaneously—a developing embryo, a young joey in the pouch, and an older joey who has left the pouch.

In the end, the fact that kangaroos have three vaginas isn’t that strange after all. It’s actually a beautiful thing when you consider the symmetry of male and female kangaroo reproductive organs.

Are you as interested in kangaroos as I am? Check out some of my other kangaroo blog posts here, and let me know what your favorite fact about kangaroos is in the comments below.

2 thoughts on “How Many Vaginas Do Kangaroos Have?”