There is no limit on Jeopardy wins. Consequently, a Jeopardy contestant can remain on the show as long as he or she continues winning and win an unlimited amount of money.

However, this wasn’t always the case. Read on below to find out when and why this unlimited Jeopardy rule was implemented.

As you probably know, the Jeopardy winner from one episode gets to play again in the next episode. According to Jeopardy rules, the Jeopardy champion can continue to play without limit. Although no Jeopardy rules document exists online, the executive producer’s bio spells out this rule on Jeopardy.com.

Each daily winner returns to the next day’s program as a defending champion. With no limit on appearances, returning champions may continue amassing winnings on JEOPARDY! as long as they remain victorious.

Additionally, page 10 of the Jeopardy press kit details the history of this Jeopardy rule.

Four years after becoming the Jeopardy executive producer, Harry Friedman lifted the Jeopardy five-day limit rule. Prior to the 2003 Jeopardy season, Jeopardy contestants could win a maximum of five games. After winning five games, the Jeopardy champion had to leave the show.

Since 2003, this Jeopardy limit no longer exists. In other words, a Jeopardy contestant can continue to win without any restrictions.

Right after the Jeopardy limit was lifted, Ken Jennings had a memorable 74 day streak on Jeopardy where he won a record $2.5 million. 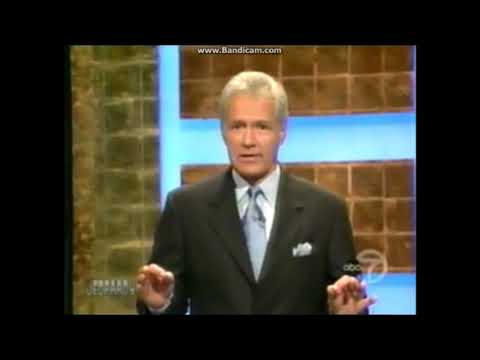 As you know by now, there is no limit to the number of days a champions can appear on Jeopardy.

Additionally, there is no cap on Jeopardy winnings. Consequently, a Jeopardy contestant can win up to $566,400 per episode—the maximum possible Jeopardy score per game.

Furthermore, a cap on a champion’s total winnings does not exist either. This means a Jeopardy contestant can amass potentially unlimited winnings during his or her Jeopardy winning streak.

For more interesting Jeopardy facts, check out some of my other Jeopardy blog posts here.

4 thoughts on “Is There a Limit on Jeopardy Wins?”