James Holzhauer was the first ever Jeopardy contestant to break the $100,000 barrier in a single game of Jeopardy. And he’s done it a total of six times! Read on below to find out more about these exciting Jeopardy one day record setting performance. 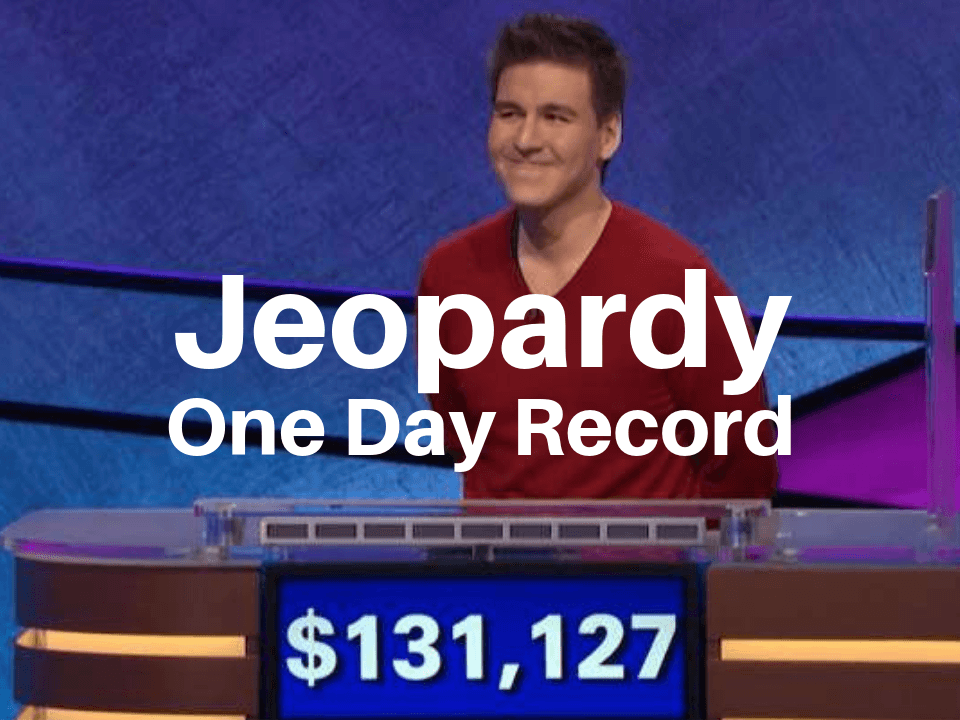 A professional sports gambler set another new Jeopardy one day record on April 17, 2019 with a total of $131,127. James Holzhauer from Las Vegas entered Final Jeopardy with an impressive $71,114.

Holzhauer then went on to win an additional $60,013 in Final Jeopardy. This brought his total winnings for the day to a record setting $131,127.

While his streak lasted 32 games, Holzhauer came $58,484 shy of surpassing Ken Jennings’s highest winnings record for regular-season Jeopardy. Holzhauer walked away from Jeopardy on June 3, 2018 with a total winnings of $2,462,216.

Although the most you can win in a single game of Jeopardy is $566,400, no one has ever come close to winning this amount.

Read more about James Holzhauer and Jeopardy. Also, let me know in the comments below if you think this one day record will ever be broken.