You might be shocked to find out that the longest filibuster lasted over 24 hours. While this filibuster attempt ultimately proved unsuccessful, I find it ridiculous that filibustering is even a thing in the Senate. On the other hand, I appreciate that senators have this opportunity to stand up for what they believe in.

Putting my personal opinions aside, let’s take a look at the longest filibusters in US history. 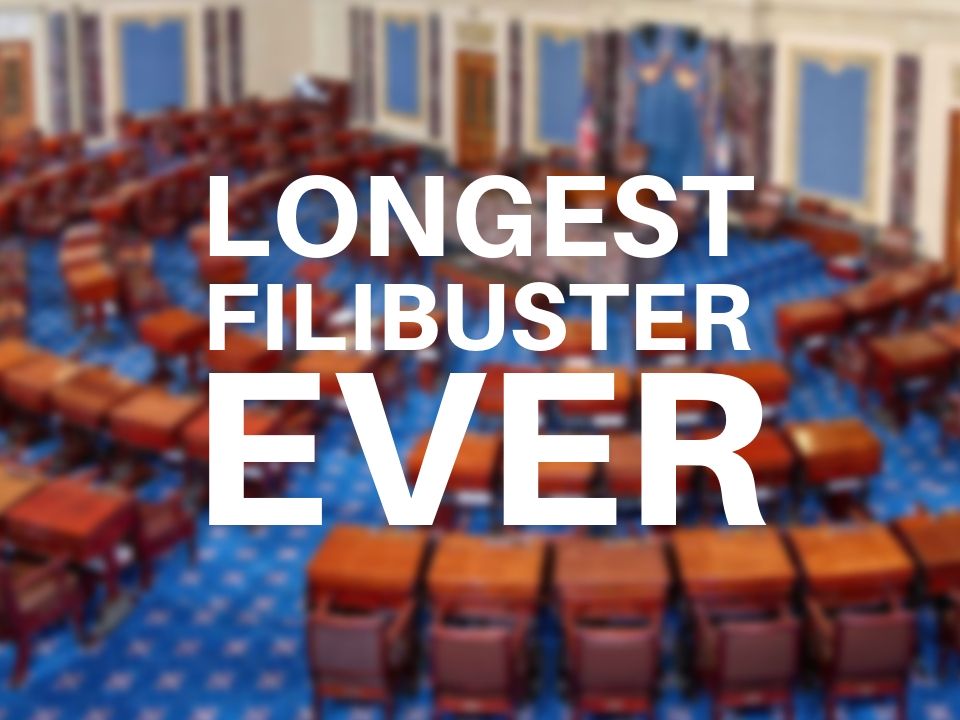 Quick refresher on filibustering — as long as a senator keeps speaking on the Senate floor, a bill cannot be passed.

Senator Strom Thurmond conducted the longest filibuster ever which lasted 24 hours and 18 minutes. During his August 28, 1957 speech, Thurmond filibustered in opposition to the Civil Rights Act of 1957.

Ultimately, Senator Thurmond was unsuccessful in his efforts because the bill was eventually passed by Congress. President Dwight D. Eisenhower signed the Civil Rights Act of 1957 into law twelve days after Thurmond’s filibuster. As a result, the federal government took its first step towards protecting civil rights.

While Senator Thurmond’s filibuster lasted over 24 hours, it’s worth pointing out that he did take a break during his speech. After three hours of speaking, another senator took the Senate floor for a few minutes. During this time, the filibustering senator used the toilet.

Below you will find a list of the longest filibusters in the US Senate since 1900 according to Wikipedia.

As you can see, three of the longest filibusters have taken place in the past decade. Recent long filibusters include Ted Cruz, Jeff Merkley, and Chris Murphy.

In addition, it seems like democrats and republicans are equally as likely to filibuster for a long period of time according to this list.

I don’t follow politics too much. In fact, I try to distance myself from politics as much as possible. I can definitely see pros and cons to filibustering.

But I’d like to know what you think of filibustering. Good? Bad? Ridiculous? Let me know in the comments below.