Who won the most games on Jeopardy? Read on below to find out everything you need to know about the longest Jeopardy streak. 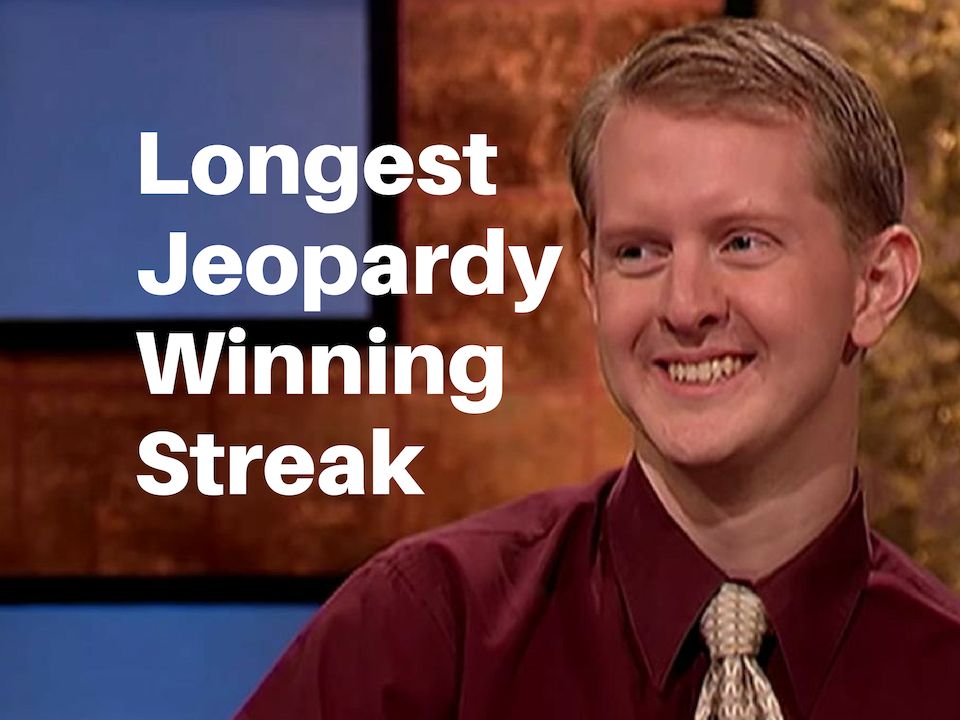 Jennings appeared on every episode of Jeopardy’s 20th season, and his winning streak lasted into season 21. While his first episode was aired on June 2, 2004, his last episode aired on November 30, 2004. Consequently, the longest winning streak on Jeopardy lasted 182 calendar days.

During his 75th episode, Jennings was not in the lead going into Final Jeopardy, something that had happened nine time prior. As a result of answering the Final Jeopardy question incorrectly, Jennings ended up in second place. Hence, his winning streak came to an end.

Although Jennings won $2,520,700 during his 74 consecutive games, he has won a total of $3,196,300 on Jeopardy. Ken won additional money in the Jeopardy Ultimate Tournament of Champions, Battle of the Decades, and IBM Challenge.

As a result of his dominance on the show, no one has ever come close to Jennings. James Holzhauer currently has the second longest jeopardy win streak. Holzhauer won a total of 32 games of Jeopardy in a row before losing to Emma Boettcher on June 3, 2019.

Below you will find a list of the most games won on Jeopardy.

As you can see, Ken Jennings has by far the longest Jeopardy winning streak. For an up to date list and more, see the official Jeopardy Hall of Fame.

Also, let me know in the comments below if you think Ken Jennings’s winning streak is in jeopardy.