We all know that a palindrome is a word that reads the same backward as forward. But what is the longest palindrome word? Find out below. 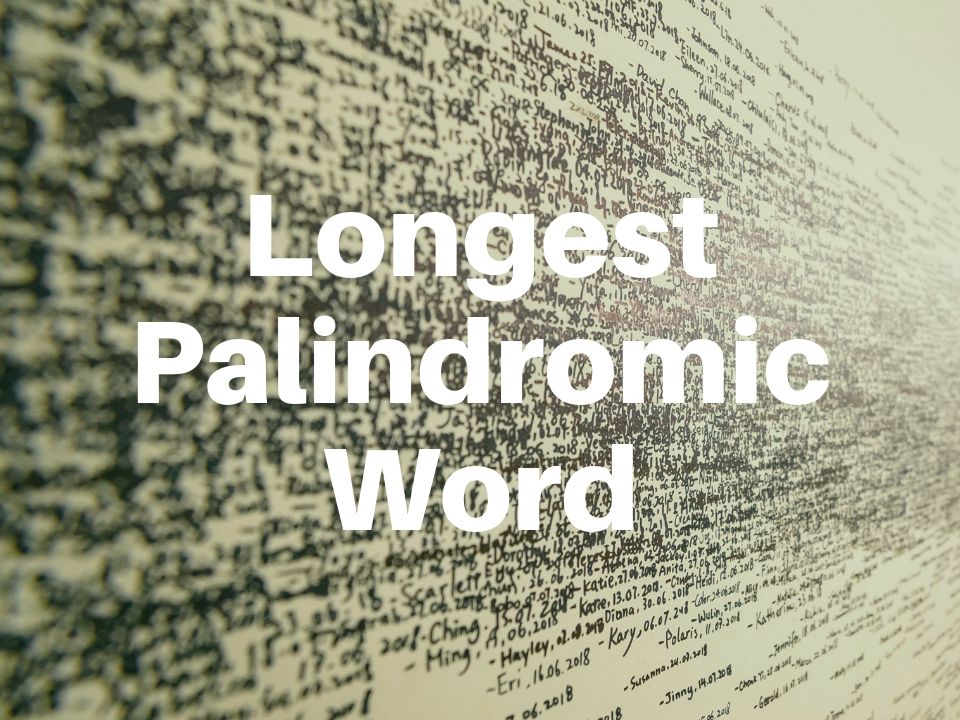 Longest Palindrome Word in The World

The longest palindrome word in the world is saippuakivikauppias. With 19 letters, this Finnish word means a dealer in lye (caustic soda) according to Guinness World Records.

A looser translation of saippuakivikauppias is a soap stone merchant.

When you break saippuakivikauppias into its parts, the meaning becomes evident.

I’ll point you to Google Translate for how to properly pronounce this mouthful.

You’ll find different claims to the longest palindrome word in English depending on which source you refer to. See what I did there? Refer is also a palindrome!

In addition, Rotavator (9 letters) is the name of an agricultural machine. But should we consider proper names as palindromes?

Similarly, redivider (9 letters) which is not listed in dictionaries seems to be an invented word that’s based on the word redivide. Hmm, should a made up word count as a palindrome?

Finally, Malayalam (9 letters) is a Dravidian language spoken in some southern states of Indian. Again, a proper name.

While all of these words are English palindromes, none are used by English speakers on a daily basis.

More common, but shorter English palindromes are civic, level, kayak, and radar. However, I must point out that radar is actually an acronym meaning radio detection and ranging.

Based on what you’ve read, what do you consider the longest English palindrome? Let me know in the comments below.

Also, if you like reading about linguistics, check out some of my other blog posts like this.

With a strong software engineering background, Tony is determined to leverage the technology of today to have a positive impact on as many people as possible. Discover how Tony bravely gave up his dream job to pursue this mission. You can send Tony a message here.
All Posts »
PrevPreviousHedge Your Bets Meaning – What Is Hedging Your Bets?
NextWhy You Should Eliminate 7 From the 1 to 10 Rating ScaleNext