The Story of the Mexican Fisherman 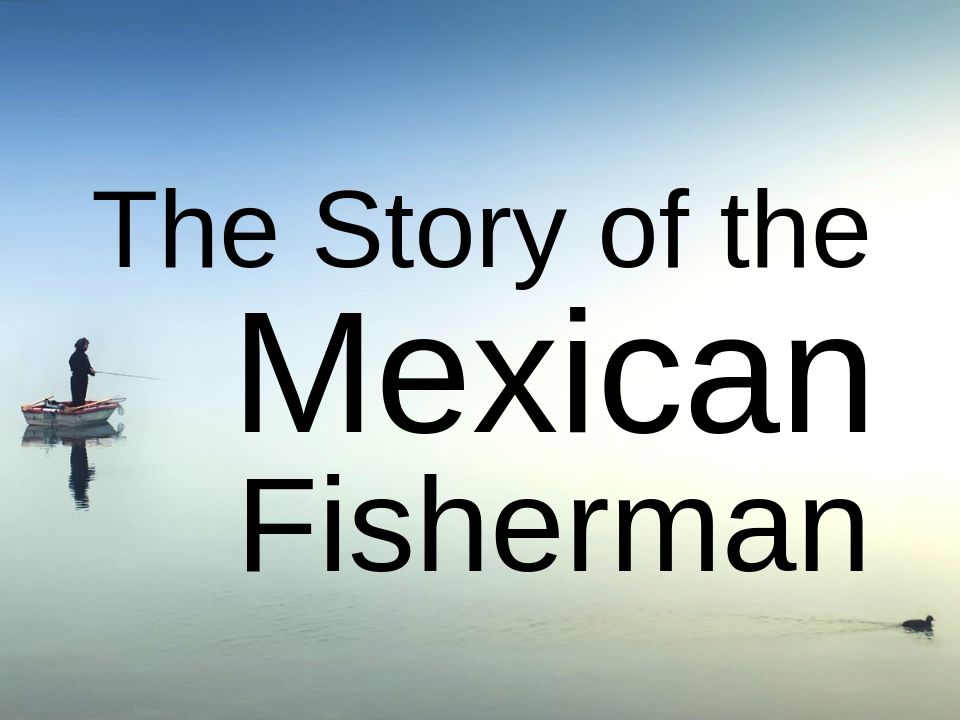 Hey there! Some links on this page are affiliate links which means that, if you choose to make a purchase, I may earn a small commission at no extra cost to you. I greatly appreciate your support!

by Tim Ferriss. As a result of reading this story, you will reevaluate what really matters in life. Maybe you’re not convinced—watch or read the the Mexican fisherman story below.

The Story of the Mexican Fisherman

An American businessman took a vacation to a small coastal Mexican village on doctor’s orders. Unable to sleep after an urgent phone call from the office the first morning, he walked out to the pier to clear his head. A small boat with just one fisherman had docked, and inside the boat were several large yellowfin tuna. The American complimented the Mexican on the quality of his fish.

“How long did it take you to catch them?” the American asked.

“Only a little while,” the Mexican replied in surprisingly good English.

“Why don’t you stay out longer and catch more fish?” the American then asked.

“I have enough to support my family and give a few to friends” the Mexican said as he unloaded them into a basket.

“But… What do you do with the rest of your time?”

The Mexican looked up and smiled. “I sleep late, fish a little, play with my children, take a siesta with my wife, Julia, and stroll into the village each evening, where I sip wine and play guitar with my amigos. I have a full and busy life, señor.”

The American laughed and stood tall. “Sir, I’m a Harvard MBA and can help you. You should spend more time fishing, and with the proceeds, buy a bigger boat. In no time, you could buy several boats with the increased haul. Eventually, you would have a fleet of fishing boats.”

He continued, “Instead of selling your catch to a middleman, you would sell directly to the consumers, eventually opening your own cannery. You would control the product, processing, and distribution. You would need to leave this small coastal fishing village, of course, and move to Mexico City, then to Los Angeles, and eventually to New York City, where you could run your expanded enterprise with proper management.”

The Mexican fisherman asked, “But, señor, how long will all this take?”

The American laughed and said, “That’s the best part. When the time is right, you would announce an IPO and sell your company stock to the public and become very rich. You would make millions.”

“Millions señor? Then what?”

“Then you would retire and move to a small coastal fishing village, where you would sleep late, fish a little, play with your kids, take a siesta with your wife, and stroll in to the village in the evenings where you could sip wine and play your guitar with your amigos.”

What Does The Story of the Mexican Fisherman Mean?

Reevaluating your values is the most noteworthy takeaway from the the Mexican fisherman story. We spend the majority of our lives working, but we seem to forget what we’re working for. As a result, many of us prioritize money, work, and success over family and friends.

Do you focus more on work or money than your family and friends?  If so, take a step back, and think about what you’re actually working for.