How a Minimalism Documentary Changed My Life 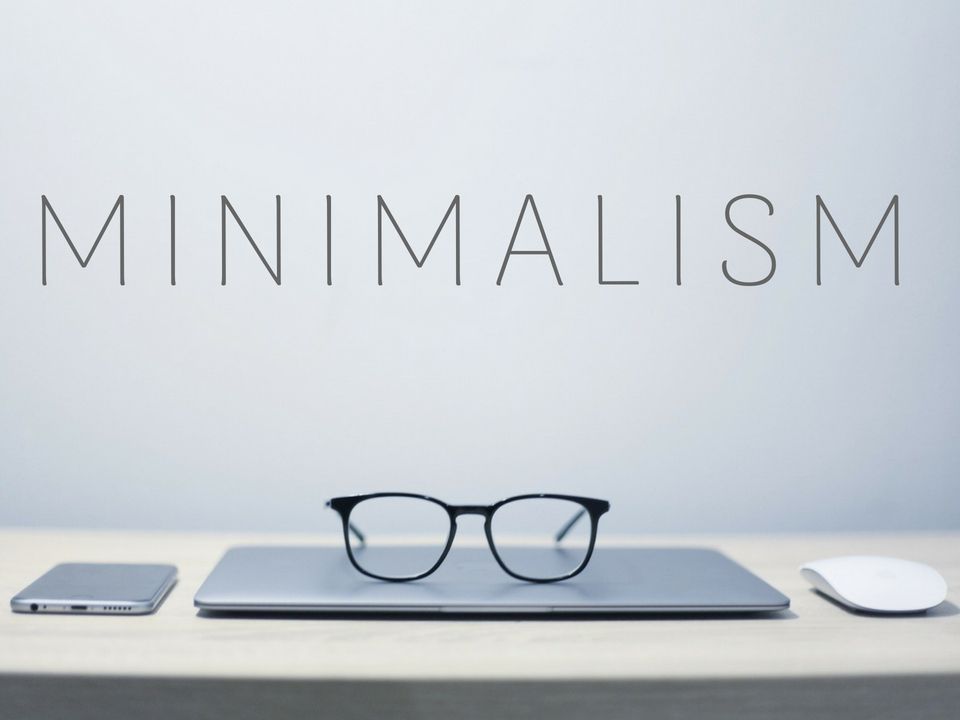 I’m a sucker for documentaries, but I never thought a single documentary could have such a huge impact on my life.  After watching Minimalism: A Documentary About the Important Things on Netflix, I spent the next month ridding my life of all the possessions that I never used.

Minimalism is a lifestyle where every possession that you own serves a purpose and is put there with intention.

The Minimalism documentary does an outstanding job of snapping you out of your materialistic tendencies and explains how your possessions do not make you happy. Through insightful interviews and relatable personal experiences, Ryan Nicodemus and Joshua Fields Millburn offer suggestions of how to live a life of minimalism.

And before I lose you, just know that you don’t need to sell all your stuff to introduce minimalism into your life. There are varying degrees of minimalism, and no one lifestyle is better than another. The goal here is to understand the concepts of minimalism and apply them to your life as you see fit.

In the next few paragraphs, I’ll summarize the concepts of minimalism that I learned from the Minimalism documentary and offer suggestions about how you can incorporate minimalism into your life.

Keeping Up with the Jones

Thanks to relentless advertising and staged happiness on social media, many people have an illusion of what their lives should look like. Society tells people what to buy, and many times they listen in an attempt to have an outward appearance that is socially accepted and relevant.

Many people are confused about what makes them happy.  For example, some people unconsciously believe that the latest gadget will bring them happiness.  While happiness may result for a brief period of time after a purchase, it’s inevitable that a newer gadget will be released and ultimately render the initial gadget irrelevant. In fact, I’d go so far as to say that the initial gadget actually becomes a source of unhappiness.

The same goes for clothing.  New clothing literally piles up on top of old clothing. As a result, many of us probably only regularly wear a fraction of our wardrobe. The rest is either out of style, for sentimental purposes, or forgotten.

This idea of fast fashion and fast tech results in a never ending cycle of consumerism.  The target is always moving. No matter how rich you are or how much you buy, you will never reach happiness through stuff.

“Too many people spend money they haven’t earned to buy things they don’t want to impress people they don’t like.”

It’s been said time and time again—you can’t buy your way to happiness.  A quote by Jim Carrey nicely summarizes this concept: “I think everybody should get rich and famous and do everything they ever dreamed of so they can see that it’s not the answer.”

Most of us desire to make more money. But for what? A bigger house? Nicer car? Flatter TV? Having a desire for more money is okay, but desiring more money so you can buy more stuff is a dangerous thing.

We all know deep down that you can never reach happiness through stuff. Yet we all dedicate ourselves to earning a living which prioritizes the acquisition and retention of stuff without questioning what we are really doing.

How to Start Being a Minimalist

Minimalism is all about intentionality.  Ideally, every possession that you own should serve a purpose or bring you joy.  Anything in excess of that is clutter and can actually be a source of unhappiness.  Here are a few quick ways that you can start practicing minimalism.

Minimalism Documentary and Its Impact on My Life

For some more insight on a minimalistic lifestyle, I highly recommend that you watch the Minimalism documentary. Like I said, it’s a great documentary that had a big impact on my life.

As a result of the Minimalism documentary, I donated over $1,000 worth of stuff to Goodwill, selectively scanned and recycled an entire filing cabinet full of documents, sold hundreds of dollars of stuff I no longer needed on Craigslist, and threw out the rest.  Here’s a little video that I put together to document my decluttering.

I’ll admit, letting go of stuff is hard in the beginning, but once you get over that initial hurdle, it becomes quite addicting and fun.  At this point, all the clothes I own are my favorite. Also, I’m not weighed down by drawers full of stuff that I never use. Every possession in my life is there with intention and serves a purpose.

Thanks to minimalism, I can truly say that I am happier with less. I guarantee that if you give minimalism a try, you will find happiness with less as well.