Monero mining is hot and getting more and more popular every day. As a beginner, if you find it too risky to invest your own money in cryptocurrency, you can take a different approach and mine the cryptocurrency instead.

This tutorial will take you step by step through how to build a Monero mining rig running Ubuntu Server that utilizes an upgraded graphics card to perform GPU mining. 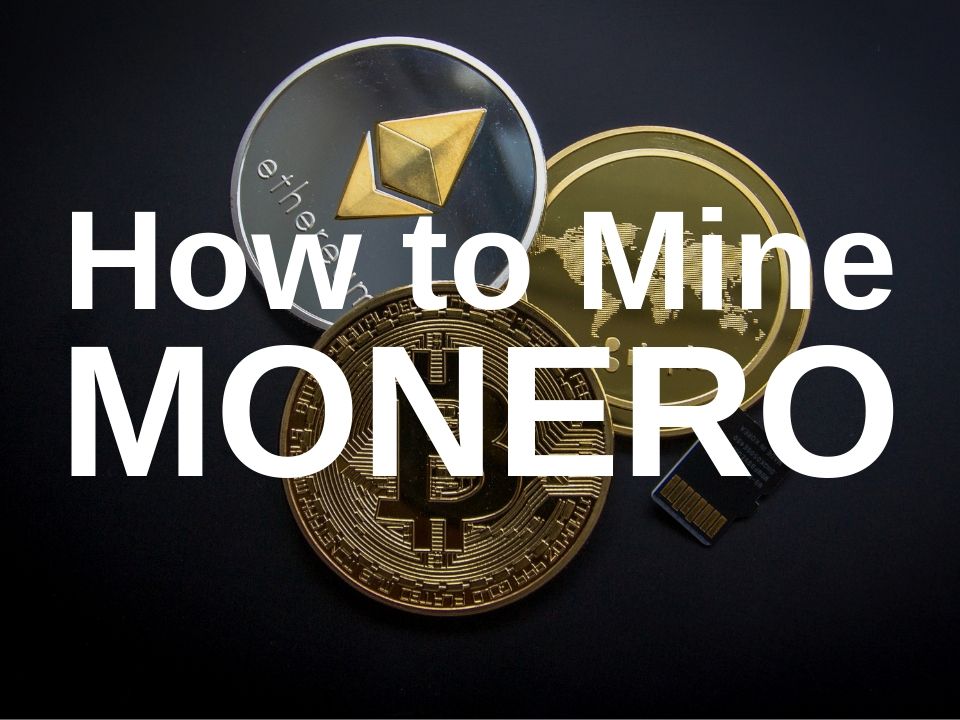 The following supplies are needed before setting up our Monero mining rig.

It’s always a good idea to update your BIOS before installing new hardware. Once the BIOS is up-to-date, we can insert the new hardware into the motherboard of the Monero mining rig.

Ensure Your BIOS is Up-to-Date

By updating your BIOS to the latest version, you will be able to quickly tell if your graphics card is compatible with your motherboard.

When you have an outdated BIOS, your BIOS may reject your graphics card and beep at you. In this case, an old BIOS on your Lenovo ThinkCentre will result in a 4-2-3-3 beep code after installing your new graphics card and powering on your machine. This actually means “Extended Block Move” and will prevent the OS from booting.

To ensure compatibility with the graphics card, let’s update the BIOS.

Now we can update the BIOS by booting from USB.

Your BIOS is now up-to-date.

The recommended power supply unit (PSU) for the Radeon RX 570 is 450 Watts. The PSU that ships with the Lenovo ThinkCentre M57 does not meet this power requirement. We chose to update the PSU to the EVGA 500 Watt power supply.

Before unplugging anything, you want to take note of which cords are plugged into which devices and slots on the motherboard. After noting this, you can proceed by unplugging all cords, unscrewing the PSU, and removing it from the case.

Next, screw the new PSU into the case and plug in all cords according to your notes. If you hooked everything up correctly, your new power supply has been successfully installed.

Now the fun part. Our Monero mining rig wouldn’t be complete without an upgraded graphics card.

The process of installing a new graphics card is extremely easy. If your motherboard has a PCI Express x16 slot and your power supply unit has sufficient power, this step will be straightforward.

As long as you are able to turn on your computer and boot into your operating system without your motherboard beeping at you, you have successfully installed your new graphics card hardware.

Next, we want to install the Ubuntu Server operating system (OS) onto our Monero mining rig.

Ubuntu Server is our OS of choice because of its lightweight footprint. Ubuntu Server is a “headless” OS meaning there is no graphical user interface (GUI). This is ideal for mining because the entire GPU is essentially available for mining.

Download Ubuntu Server from Ubuntu’s downloads page. This tutorial was tested with Ubuntu 16.04.3 Server 64-bit. A later version of Ubuntu may work if available.

A 64-bit OS is required to mine Monero, so don’t waste your time if your motherboard is 32-bit.

The next step is to create a bootable USB flash drive containing the Ubuntu Server image.

Now it’s time to install Ubuntu Server. This step will erase everything on your hard drive, so be sure to backup all of your data before proceeding.

When finished installing Ubuntu Server, reboot the computer as instructed and login to your Ubuntu account with your new credentials.

Now that our new graphics card is installed and our Monero mining rig is running Ubuntu server, we need to install the drivers and software necessary to mine with our RX 570.

After logging into Ubuntu, execute the following commands.

To install the driver for your Radeon RX 570 Gaming X 4G graphics card, you must install the Linux AMDGPU-PRO driver. Issue the following commands as detailed here on AMD’s website.

Please note that the –opencl=legacy option is necessary when issuing the amdgpu-pro-install command. If you don’t set opencl to legacy, you may get the following error when building xmr-stak in a future step.

Finally, after adding yourself to the video group, reboot your machine.

At this point, the driver for your Radeon RX 570 Gaming X 4G graphics card is now installed.

Next we must install the AMD APP SDK for 64-bit Linux since we are using an AMD GPU. Download AMD-APP-SDKInstaller-v3.0.130.136-GA-linux64.tar.bz2, extract, and install the application.

We will be using xmr-stak for Monero mining on our AMD GPU.

First, lets install some prerequisites and download the mining software.

How To Change xmr-stak Donation Level

Before we compile xmr-stak, you can optionally change the developer donation rate.  By default the mining software will donate 2% of your hashpower to the developer’s pool.

If you aren’t feeling generous, we can edit donate-level.hpp and change the donation level to 0%. You can use vim or your favorite text editor to perform this task.

Your donate-level.hpp should look like this. Save the file.

Now that our hardware is installed and our driver and software prerequisites are satisfied, it is time to install the mining software for our Monero miner. Execute the following commands from your home directory in order to compile and install xmr-stak.

Congratulations, you now have a money-making Monero mining machine! Now all we have to do is startup the miner. Execute the following commands to start xmr-stak.

The mining software will begin to run. We added the –noCPU option in order to force xmr-stak to perform GPU mining. You will see output similar to below.

Now you can sit back and watch your Monero mining rig make you money. Please leave any questions or comments below.