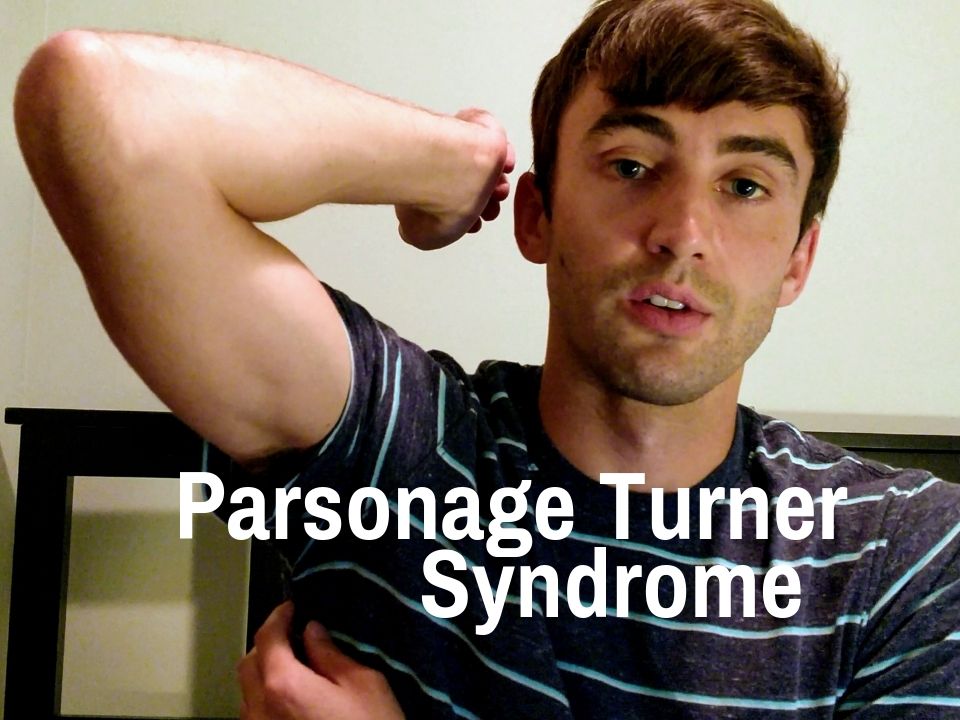 I was diagnosed with Parsonage Turner Syndrome in December 2017, but my symptoms first started appearing as far back as July 2016. Since then, my life has changed.

While this uncommon neurological disorder seems to vary from person to person, I can only provide you with an account of my personal experience living with Parsonage Turner Syndrome.

Because this started well over two years ago, I cannot say that the following dates and timespans are 100% accurate, but this should at least paint a rough picture of the events leading up to the onset of my Parsonage Turner Syndrome.

First of all, let’s put on the record here that I worked as a software engineer for six years starting in 2012. My first job out of college was at a defense contractor. Just over a year into my working career, I started to battle with headaches and wrist pain at work. In retrospect, I easily combatted these issues by getting a pair of computer glasses with an anti-reflective coating and having a keyboard tray installed at my desk. I was able to defeat these desk job injuries as quickly as they developed. The rest of my time at this job was mostly injury free.

I switched jobs in August 2015 and began working as a software engineer for a Baltimore hedge fund. This was a great company to work for with many great perks including an on-site gym and subsidized stand up desks. Since I realized that sitting at a desk all day was bad for my health, I ordered a stand up desk in March 2016. At first, I stood up at my desk for the majority of the day. But I recall struggling with either wrist, elbow, forearm, or shoulder pain after some time, so I gradually backed off.

I went back through my Amazon order history and found that I ordered an ergonomic vertical mouse on June 9, 2016 to help alleviate my arm pain. A couple weeks before that, I returned my weight lifting gloves to Amazon since I wasn’t able to use them in the gym due to my arm pain. As you can see, my exercise routine is already being affected.

Finally, it was time for the Blue Marsh Mile open water swim on July 30, 2016—an event that I attribute to my Parsonage Turner Syndrome.

My Parsonage Turner Syndrome Cause

Anyway, it’s worth pointing out here that I swam competitively from the time I was 6 years old until I graduated college in 2012 when I was 22. After graduating college, I swam on masters swimming teams, but it was not nearly as intense as high school and college. Let’s just say I was in less than ideal shape for the 1 mile swim, but not out of shape either. I should also mention that I participated in the same open was swim in a previous year, so I knew I could handle it.

Okay, enough backstory. After the swim race was over, I noticed that my right latissimus dorsi muscle was very tight, something that I never experiences in my two decades of swimming. This tightness gradually released itself over the next week or so. I didn’t think much of it—all I thought was that I overexerted myself or something.

My recollection of the remainder of 2016 is a bit fuzzy. My latissimus dorsi recovered enough to participate in the Atlantic City Olympic distance triathlon in August of that same year. I don’t recall what my exercise routine was leading up to the triathlon, but I remember being worried about my lat tightening up again. I finished the triathlon and only had mild tightness in my lat.

A text message that I sent three weeks after the triathlon read, “I wish my arm didn’t hurt so I could work out”.

By the time the triathlon was over, all pain in my fingers, wrist, forearm, and elbow was gone. Instead, I was experiencing a pretty consistent weakness and fatigue in my right latissimus dorsi—the same area that tightened up in my swim races.

But remember, I was far from being diagnosed at this point, so I wasn’t sure what was going on. I began to struggle to get though an eight hour work day. As a software engineer, 90% of my job is sitting at a desk in front of a computer. Although I had a stand up desk, the symptoms were the same whether I was standing or sitting.

Additionally, due to the weakness in my latissimus dorsi, I could no longer light weights regularly like I used to. Another activity that I had to drastically cut back on was swimming. I even struggled to hunch over and ride a bike without aggravating my symptoms.

Mornings were the best. This was the time of day where I felt the least amount of weakness. But by the end of the day, my latissimus dorsi was yelling at me to stop using it. I would just want to lay down.

On January 26, 2017, I tried on some shirts that my company gave away for free. I know the exact date because I looked back into my photos and found the picture I took of all the free shirts that I got. But I digress.

I remember standing in front of the mirror trying on the shirts and noticing that my lower left ribs were sticking out farther than the other ones. I was shocked and scared. It didn’t hurt. In my two decades of competitive swimming, I always had my shirt off and never noticed such a thing. I knew something was wrong, and I attributed it to my still-undiagnosed “muscle weakness”.

By this time, my theory was that my spine was beginning to curve from poor posture while sitting. Hence, my ribs began to stick out. This thought must’ve already been going through my head because I had ordered a lumbar support for my desk chair from Amazon just three days earlier.

Unsuccessfully Self Treating Myself

In addition to the aforementioned lumbar support and ergonomic vertical mouse, I tried a multitude of other things to try to fix myself. At work, I bought myself an ergonomic keyboard. I experimented with various heights of the stand up desk, but eventually decided to take that out of the equation and began primarily sitting at work.

I bought myself a memory foam mattress in July 2017 thinking that would relieve my symptoms. That didn’t work either.

Still thinking that the underlying issue was muscular, I bought a foam roller. I rolled out my back and lats on a regular basis which felt good, but didn’t really help.

The thing that probably helped me the most was yoga. Another great perk of the company I worked for was weekly on-site yoga classes. Not having much yoga experience prior, I found yoga to stretch and realign my body which in turn temporarily relieved my symptoms.

For me, 2017 was filled with dozens of doctor and specialist visits. In addition to unsuccessfully treating myself, I sought the professional help of numerous doctors and experts.

It was a long, expensive, and frustrating year until I was finally diagnosed with Parsonage Turner Syndrome. It was ultimately the electromyography test and the nerve conduction study that allowed the neurologist to diagnosis me.

The diagnosis was a relief, but I say this reluctantly. Although I have a diagnosis, there isn’t much you can do to treat Parsonage Turner Syndrome. The doctor told me that it may take years to get back to normal, if that ever even happens. I may have to live with some degree of the symptoms for the rest of my life.

I Quit My Job

After one month of physical therapy in early 2018 and 12 weeks off of work, I returned to work part time for 7 weeks. For the entire 12 weeks that I was off, I didn’t touch a computer. I also didn’t drive a car for that whole time.

The neurologist told me to initially ease back into swimming and lifting weights for a few weeks and push through any discomfort. I did just that for three weeks, but I experienced pins and needles in my right hand after doing body weight exercises. I immediately backed off.

After meeting with my neurologist again in early April, I was released to go back to work full time. Eventually, the same symptoms returned. Practically, I was at the same point where I was the previous year—struggling to get through work every day due to latissimus dorsi weakness on my right side.

I lasted until August 2018 when I finally drew the line and quit my job. I couldn’t bear to torture myself on a daily basis anymore.

Today, I continue to have mild weakness in my right latissimus dorsi and my right lower ribs still stick out. I also hear clicking when rolling my right shoulder backwards. My exercise routine is nothing like it used to be, but I do my best to stay active. I still have an ambition to complete an Ironman triathlon one day. My hope is that before I turn 35 I can accomplish this goal.

If you have similar symptoms or are already diagnosed with Parsonage Turner Syndrome, please don’t hesitate to introduce yourself below. I find knowing there are other people out there going through a similar situation really helpful.

Thanks for reading and I wish you all the best in your recovery.