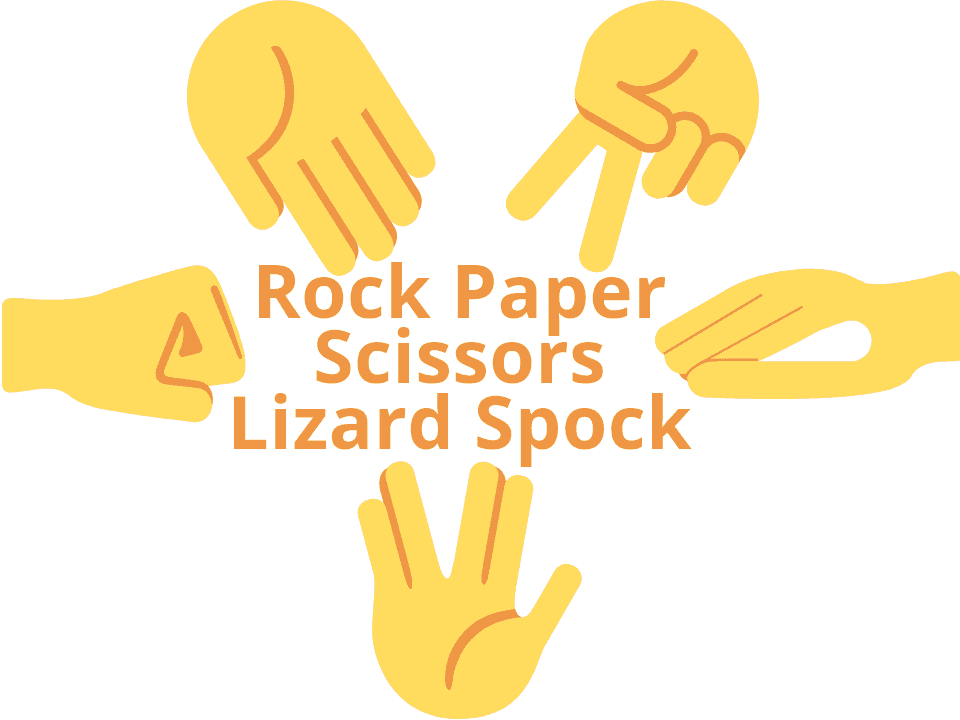 That’s all you really need to know to play. Just like the traditional game of Rock Paper Scissors, two or more players simultaneously chant the name of the game while pumping their fist, and after the last word reveal their hand sign. The winner is determined according to the rules above and the diagram below.

Because there are five hand signs to choose from and a total of ten outcomes (besides ties), it may take a bit of practice to get the hang of this hand game. Once that happens, there’s no doubt that you’ll have a blast playing this fun hand game.