While you’re probably most familiar with the voice of Rowdy Gaines from his Olympic swimming commentary, Rowdy has been actively involved in the world of swimming since the age of 17. Having won three Olympic gold medals in swimming, Rowdy Gains continues to share his love of swimming to this day by commentating, public speaking, and occasionally hopping back in the pool. 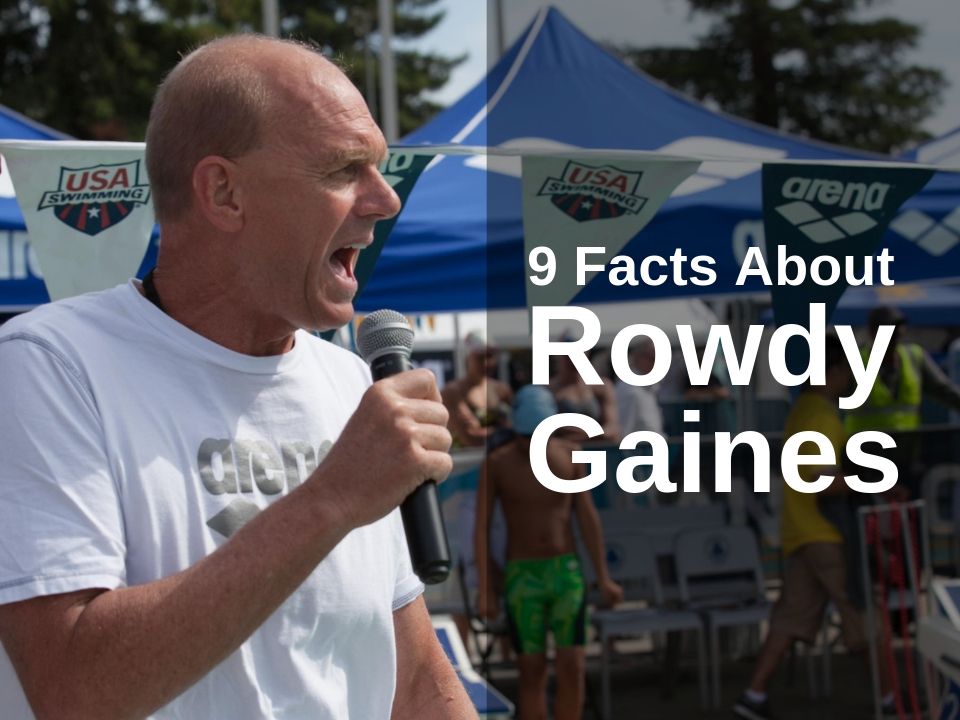 1. His Real Name Is Not Rowdy

Rowdy’s actual name is Ambrose Gaines IV. His father gave him his nickname which was taken from Rawhide, a popular TV show at the time of his birth. Rowdy Yates, played by Clint Eastwood, stared aside of Eric Fleming in this western that aired from 1959 to 1965. Rowdy was born February 17, 1959.

At an age where most rising swimmers have been competing for close to a decade, Rowdy first gave swimming a shot. At the relatively old age of 17 after figuring out that he wasn’t cut out for football, Rowdy began swimming, and quickly excelled at it.

Rowdy Gaines was recruited for a swimming scholarship at Auburn University under coach Richard Quick. By the time he graduated college in 1981, Rowdy was a five time NCAA champion and 22 time NCAA All-American.

4. A Boycott Prevented Gaines From Swimming in His First Olympics

The infamous 1980 Summer Olympics boycott occurred at an inopportune time for Rowdy. In probably what was his peak physical fitness, Rowdy wasn’t able to compete at the 1980 Moscow Olympics due to this international boycott.

A rare disorder called Guillain-Barré syndrome temporarily paralyzed Rowdy Gaines when he was 31 years old. Thanks to his optimal physical condition, Gaines miraculously made a full recovery after spending two months in the hospital.

7. Gaines Was the Oldest Swimmer to Qualify for the 1996 Atlanta Olympics

Although he was the oldest swimmer to qualify for the 1996 Olympic Games in Atlanta at the age of 35, Rowdy Gaines decided against competing. Rather than swimming in Atlanta, Rowdy swapped out his cap and goggles for a broadcast headset and instead commentated swimming for NBC.

For a full list of Gaines’s swimming accomplishments and much more, head on over to his personal website at rowdygaines.com.

8. Rowdy Has Covered Swimming At Every Olympic Since 1996

Rowdy Gaines is now a famous swimming commentator and has announced swimming at every summer Olympics since 1992.

Without a doubt, we are all going to enjoy Rowdy’s awesome swimming commentary in Tokyo at the 2020 Summer Olympic Games.

Golden girl ??? @kledecky with @danhicksnbc and me in the booth. #kazan2015

Rowdy has commentated swimming and other events for major broadcast networks such as NBC, ESPN, CBS, and TNT. You can frequently see Rowdy announcing swimming on television channels such as the Olympic Channel, NBC Sports Network, and some ESPN channels.

As a former Division I NCAA swimmer, I enjoy writing about the topic of competitive swimming. Check out some of these other swimming blog posts, and let me know what your favorite Rowdy Gaines moment is in the comments below. Mine is most definitely Dan Hicks and his commentary during the 2008 Beijing Olympics where Jason Lezak has an epic comeback to beat France in the men’s 4×100 freestyle relay. Rowdy and Dan go crazy to say the least. 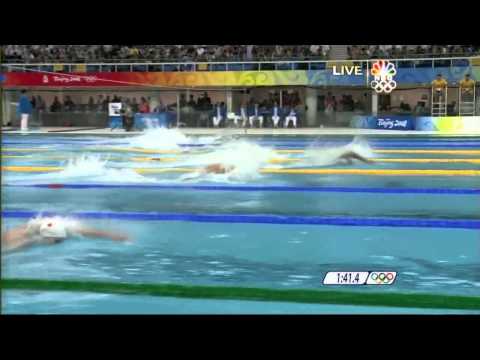