I’m going to “get a shower” is what I said my whole life. Maybe sometimes I would say “grab a shower”. It wasn’t until college that I heard others say “take a shower”. Most recently when I began traveling, I hear people say “have a shower”. 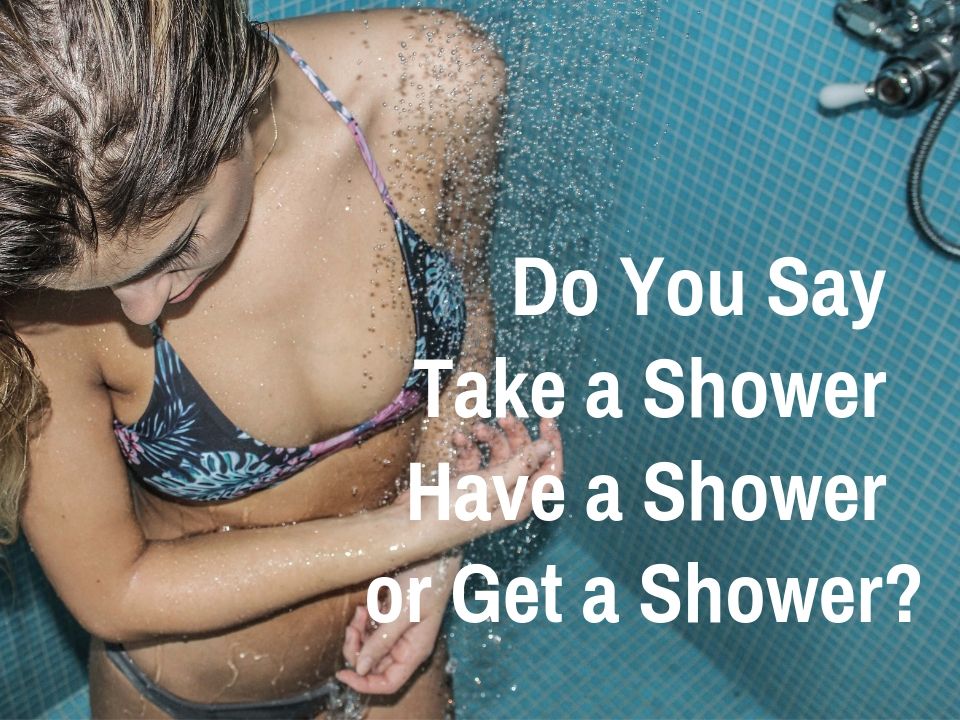 Let me first just come out and say that after my keyword research, I discovered that “take a shower” is most common.

Furthermore, “have a shower” and “get a shower” are not wrong. All three ways of expressing your desire to shower are semantically correct.

According to a study done at The University of Arizona, the words ‘have’, ‘take’, and ‘get’ act as light verbs in this case.

For instance, the verb have functions as a light verb in expressions such as have a rest. The verb is syntactically functional and participates in different conjugations (ie., He is having a rest). However, the expression does not mean ‘to own a rest’. Rather, light verbs are known as ‘helping’ predication of, for instance, complexes (ie., have a rest, take a shower).
― Mercedes Tubino Blanco, Contrasting Causatives: A Minimalist Approach

It seems like it depends on what part of the United States or what part of the world you are from. Like I said, it wasn’t until I went off to college and traveled overseas and met people from the United Kingdom and Australia that I began hearing the expression “take a shower” and “have a shower” respectively.

This table summarizes the monthly search volume for take a shower, have a shower, and get a shower in the English speaking countries of United States, United Kingdom, and Australia.

Although this study is rudimentary, it provides a general overview of the popularity of the phrases in each country. Here are some key takeaways.

Do you say take, have, or get a shower? Let me know which one you say the most and where you’re from in the comments below, and check out some of my other language blog posts here.

1 thought on “Do You Say Take a Shower, Have a Shower, or Get a Shower?”