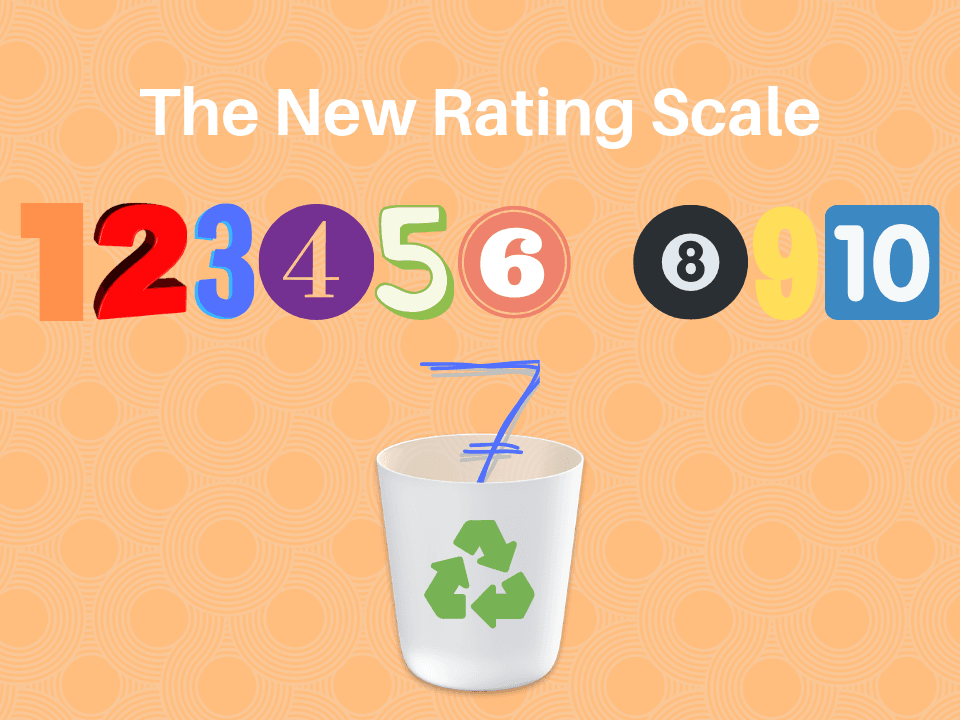 Let me tell you about really cool social hack that I learned. This hack will remove ambiguity when gauging someone else’s opinion. All you have to do is eliminate 7 from the 1 to 10 rating scale. While this seems like an odd thing to do, just stick with me and it’ll make perfect sense by the end.

The Problem With Rating Scales

In general, a rating scale allows you to assign a value to something as a measure of some attribute. Rating scales can use numbers, stars, or some other value.

When you ask someone to rate something on a scale of 1 to 10, you expect them to quantify their honest opinion. In doing so, you can better understand their stance on the topic at hand.

Regardless of what rating scale is used, there usually tends to be a number where it becomes hard to understand the true sentiment.

See what I mean?

When you eliminate 7 from the 10 point scale, you consequently eliminate ambiguity. Let me explain with a concrete example.

In order to gauge someone’s opinion, you may ask them after dinner to rate the tastiness of their meal on a scale of 1 to 10. Usually, any answer below 7 means that the food was unsatisfactory while an answer of 8, 9, or 10 means the food was increasingly good.

On the other hand, rating the meal with a 7 is a safe bet—average at best—especially considering a 7 out of 10 in school is a C.

It’s hard to tell if someone who rates their meal a 7 is just being polite. Did they like the food or not? As a result, 7 is frequently an unhelpful response.

Rather than giving the rater this safe option, eliminate 7 from your 1 to 10 rating scale from the beginning. In doing so, you’ll remove any ambiguity. A response of 6 or below is a no while a response of 8 or above is a yes. No more maybes.

So the next time you ask someone to rate something on a scale of 1 to 10, tell them that they can’t use 7. This little trick will certainly better help you understand someone else’s opinion.