What It’s like to See The Price Is Right Live

Although it airs on the East Coast during a time when most people are at work, I’d bet that the vast majority of the United States has watched at least one episode of The Price Is Right. On the other hand, only a few have seen The Price Is Right live.

My family and I made the trip to Los Angeles in 2014 and sat in the audience for a taping of The Price Is Right. It was loads of fun, and I recommend going out of your way to do it too.

Here’s what’s it like to see The Price Is Right live. 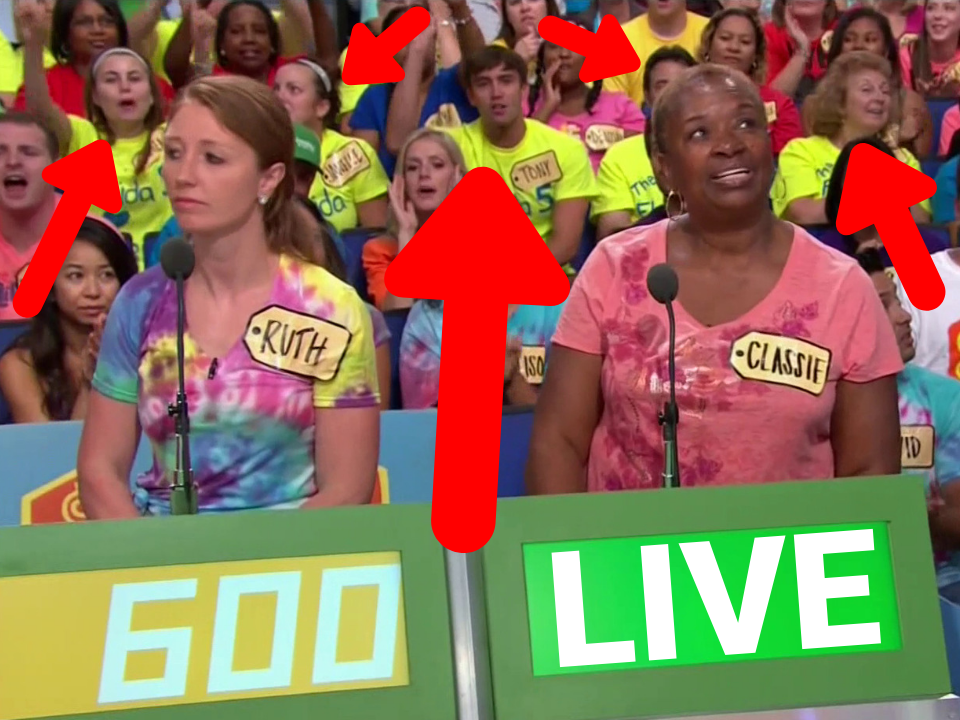 How To See The Price Is Right Live

There were two tapings of The Price Is Right the Wednesday that we went—one in the morning and one in the afternoon. We had tickets to the morning taping of the show on August 27, 2014; however, Los Angelas traffic is truly a nightmare, so we got there late and were turned away.

Credit again goes to my older sister for calling The Price Is Right and convincing them to allow us to attend the afternoon taping. This time, we got there early, but still had to wait in line along N Fairfax Ave outside of of CBS studios.

Waiting in Line for The Price Is Right

The gates finally opened and the queue proceeded into the the walls of CBS Television City. We were ushered into a series of winding rows of red metal pole fences.

Here we waited some more in the shade where we could also sit down and give our feet a rest. During this time, each soon-to-be audience member has their ID check and is given an iconic hand-written yellow name tag.

Before moving around the corner for interviews (YES, interviews!), we had our family picture taken in front of a green screen. For something like $25, we got a print out of our photo in front of The Big Wheel.

As I alluded to, interviews are next before entering the studio. In general, a producer will ask you three questions:

Now there are plenty of websites out there that explain how to increase your chances of being selected for the show. This website, however, is not one of them. Unfortunately, no one in my family was selected to be on the show. There’s always next time 🙂

One thing that I will say is that you must nail the interview if you want to be selected to play. This is how the producers pick contestants for the show.

The Price Is Right Studio

Finally, it’s time to enter The Price Is Right studio. Someone from the crew chafferers you and your group to your seats. There are only 300 seats in the studio, so you technically have a 0.3% chance of being a contestant.

No cell phones or recording devices of any kind are allowed in the studio. In an age where cell phones are attached to the hip and hands of most people, could you image an audience full of selfie-takers?

Anyway, the taping of the show goes by fairly quickly. What I found cool was that, although the show is pre-recorded, they actually take breaks for commercials. During this downtime, the host Drew Carey interacts with the audience. This, of course, is something unique to seeing The Price Is Right live.

Although none of us got to be a contestant, the experience of seeing The Price Is Right live was something we’ll never forget.

Here is the full Price Is Right episode number 6882K that originally aired on November 18, 2014. 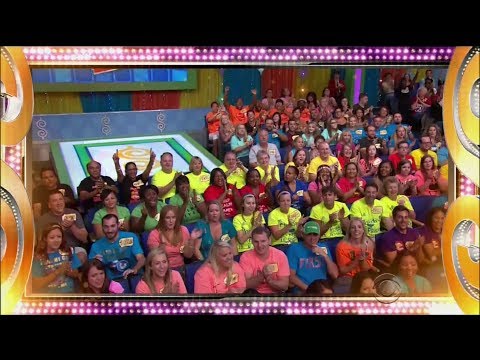 Have you ever been an audience member or contestant on The Price Is Right? I’d love to hear from you in the comments below.

Also, check out my other TV blog posts here.

With a strong software engineering background, Tony is determined to leverage the technology of today to have a positive impact on as many people as possible. Discover how Tony bravely gave up his dream job to pursue this mission. You can send Tony a message here.
All Posts »
PrevPrevious5 Best All-You-Can-Eat Buffet Chains
Next15 Best Electric Scooter Sharing Rental CompaniesNext