Skip to content
Hey there! Some links on this page are affiliate links which means that, if you choose to make a purchase, I may earn a small commission at no extra cost to you. I greatly appreciate your support!

Hey there YouTubers! I’m a former daily vlogger on YouTube, and I think the best vlogging camera with flip screen is the Panasonic Lumix GH5. And for what it’s worth, so does Casey Neistat.

After initially vlogging with my cellphone for over 100 days, I switched to the GH5. Based on my daily vlogging experience and my ample research into vlogging cameras, here’s why I chose the Panasonic GH5 to vlog with. 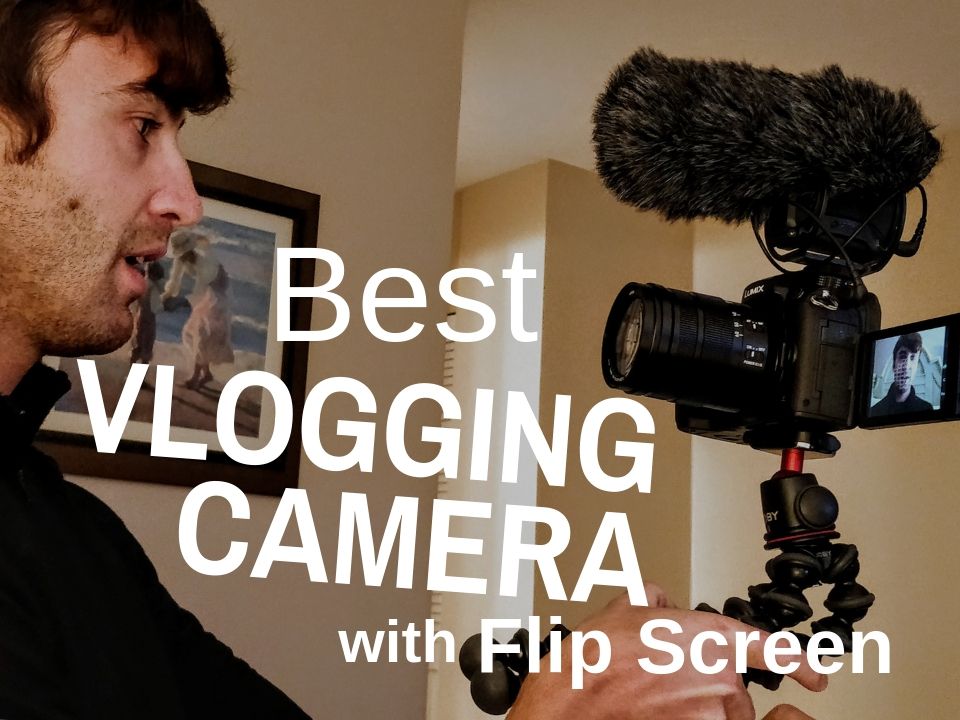 In my opinion, the five most important factors when choosing a vlogging camera in 2019 are flip screen, external audio, image stabilization, 4k resolution, and slow motion.

Now that we know the most important factors for selecting a vlogging camera, let’s see how the Panasonic Lumix GH5 camera fits the bill.

GH5 Is the Best Vlogging Camera with Flip Screen

Based on my vlogging experience and countless hours of research, the Panasonic GH5

is the best vlogging camera with flip screen. The GH5 has it all: a flip screen, external audio port, image stabilization, 4k resolution, and slow motion capability. Let’s go through each one of these must-have features.

First and foremost, the GH5 has a fully articulating flip screen. As we all know by now, a flip screen will take your vlogs to the next level. Having a flip screen allows you to monitor your shots in real-time while vlogging.

Without a flip screen, you’re pretty much just guessing what’s in frame at the moment. This can lead to some pretty terrible shots and multiple retakes. Take it from me, I’ve done that countless times when vlogging on my cellphone.

The GH5 flip screen is also a touch screen that measures in at 3.2 inches. Not only can you monitor your shots with the flip screen, but you can also navigate the settings menu and playback your pictures and videos.

Don’t overlook audio when vlogging. It’s a mistake a lot of noobie vloggers make. You can have some of the best looking video, but if it sounds like crap, then your audience might lose interest.

The GH5 has a 3.5mm microphone terminal where you can plug in your favorite external microphone. I personally use the Rode VideoMic Pro+

As you can see from the video above, an external microphone makes a world of difference in audio quality, especially in windy or noisy conditions.

The bottom line here is that a good vlogging camera must have an external microphone port because using the camera’s built-in microphone just isn’t going to cut it.

The Panasonic GH5 has a built in 5-axis dual image stabilizer which does a fantastic job of stabilizing video when there is motion.

The combination of the GH5’s built-in stabilization and the lens’s stabilizers results in minimal camera shake, even when vlogging handheld.

My rule for recording video is to always capture video in the highest quality available to you at the time. Future-proof yourself by getting a vlogging camera that records in 4k resolution. When 4k screens are everywhere, you don’t want your 1080p content appearing stretched out and pixelated.

The Panasonic GH5 records 4k video at a variety of frame rates…we’ll get into frame rates next.

When recording video in 4k, you are capturing four times as many pixels as 1080p. This allows you to zoom and pan in post without a noticeable loss in video quality.

There are not too many other consumer cameras that can record 4k 60fps. The only other camera I know of is the Blackmagic Pocket Cinema Camera 4k, but this doesn’t have a flip screen.

Slow motion is great in vlogs to achieve a cinematic look. In addition, slow motion allows those somewhat shaky shots to appear smooth during playback.

Take it from me, the best vlogging camera with flip screen is the Panasonic Lumix GH5

If you have any questions about the GH5 camera before you buy it, let me know in the comments below. And for those of you who are interested, check out some of my other vlogging blog posts.

2shares
About The Author