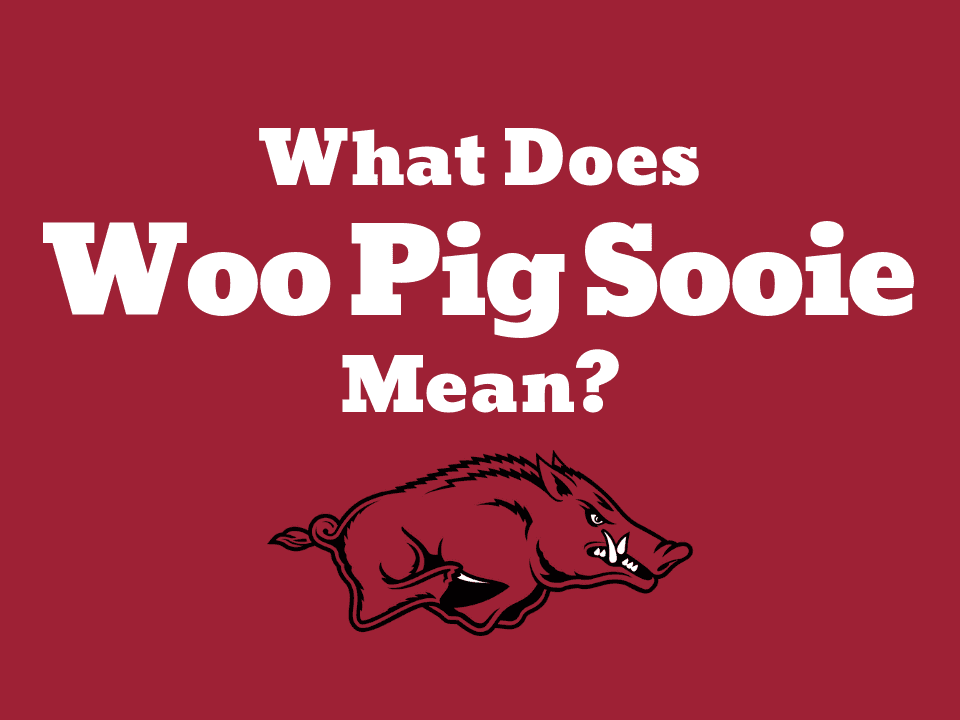 How Did The Hog Call Originate?

Although the specific origin of the sooie pig call is not exactly known, it is said that the hog call originated sometime in the 1920s after the Arkansas mascot was changed. Legend has it that the Razorbacks were losing steam in a particular 1920s football game. Some farmers in the stands who were familiar with hog calling began squealing like hogs in an attempt to encourage the struggling football team. The hog sounds apparently worked as the Razorbacks came out victorious.

In the subsequent football game, a group of spectators, inspired by the previous game, came up with the woo pig sooie cheer. Ever since then, the calling of the hogs cheer has been an Arkansas Razorbacks tradition.

What Does Woo Pig Sooie Mean?

In order to determine what woo pig sooie means, let’s define each one of these three words individually,

So although there’s not much literal meaning, when we put it all together, woo pig sooie is simply and precisely a cheer for the feral pigs.

How To Spell Woo Pig Sooie

The proper way to spell the Arkansas call pig cheer is Woo Pig Sooie. Most University of Arkansas merchandise and marketing material spell it as such. Variations of the spelling include:

How To Properly Do The Woo Pig Sooie Cheer

Putting it all together, the full hog call cheer written out reads something like this.

There you have it! Next time you’re at Razorback Stadium or another University of Arkansas sporting event, you can join your fellow Razorback fans and do the calling of the hogs cheer.

Are you an Arkansas Razorback fan? I am ever since my sister moved to Arkansas in 2014. My college didn’t have a football team, so I root for University of Arkansas football now. Go hogs!

Finally, I wanted to point out that I often question the origin of words and phrases. Rather than research it and move on, I like to write blog posts to help people with the same curiosity. Check some of my other etymology-related blog posts here.