Family owned since 1829, Yuengling operates a total three breweries, two of which you can tour. Yuengling brewery tours are something you don’t want to miss if you’re ever in the Pottsville, Pennsylvania or Tampa, Florida area.

As an added bonus, it’s not uncommon to see Mr. Dick Yuengling himself or one of his four daughters at the brewery. In the multiple times I’ve met Dick, he’s always more than happy to talk for a few minutes and, of course, take a selfie.

Read on for a taste of what to expect on one of these Yuengling brewery tours. 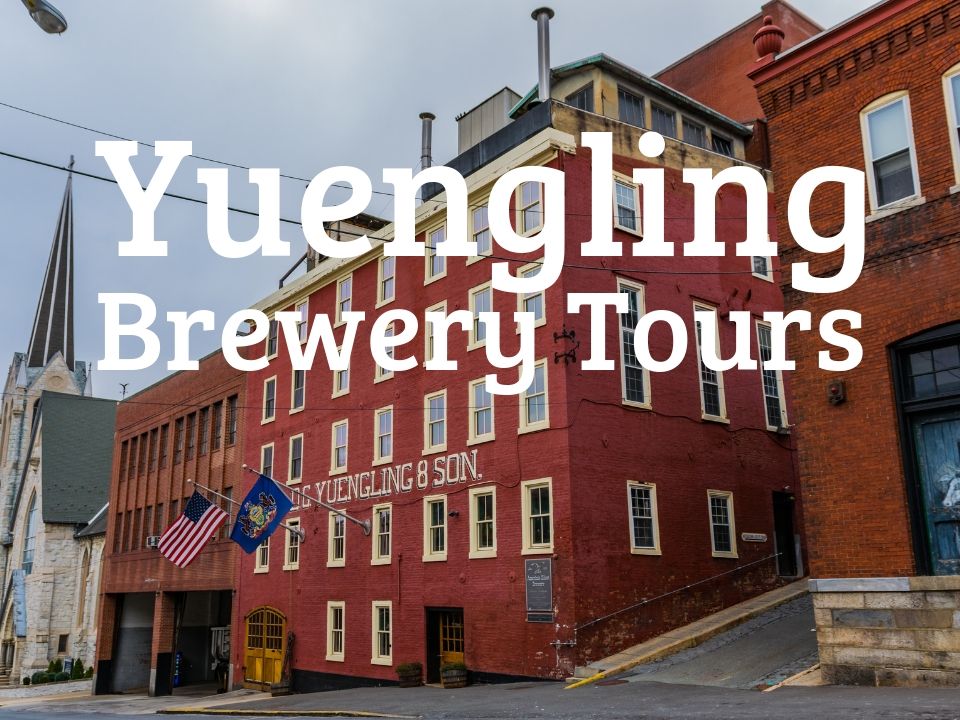 I’ve been on dozens of brewery tours around the world, and the Yuengling Pottsville brewery tour remains one of my favorites.

Yuengling brewery tours are approximately 1 hour long. Tours run daily except Sundays. Hours are different depending on the time of year so check the official Yuengling Brewery Pottsville PA tour hours for the latest tour times.

Just across the street from the brewery is a museum and gift shop that’s definitely worth checking out. Built in the old Yuengling ice cream building, the gift shop and museum opened its doors for the first time in March 2016.

The Yuengling brewery in Pottsville is built on the side of the mountain. This will be quite obvious as you drive up Mahantongo Street to get to the brewery.

During the tour, you will explore the hand dug caves that were used to ferment beer before refrigeration was invented.  Although beer isn’t fermented in the caves anymore, the temperature of the caves remains right around 50ºF year round.

Naturally, the caves had water flowing through it and this water was initially used to brew beer.  Nowadays, Yuengling uses city water to brew its beer. 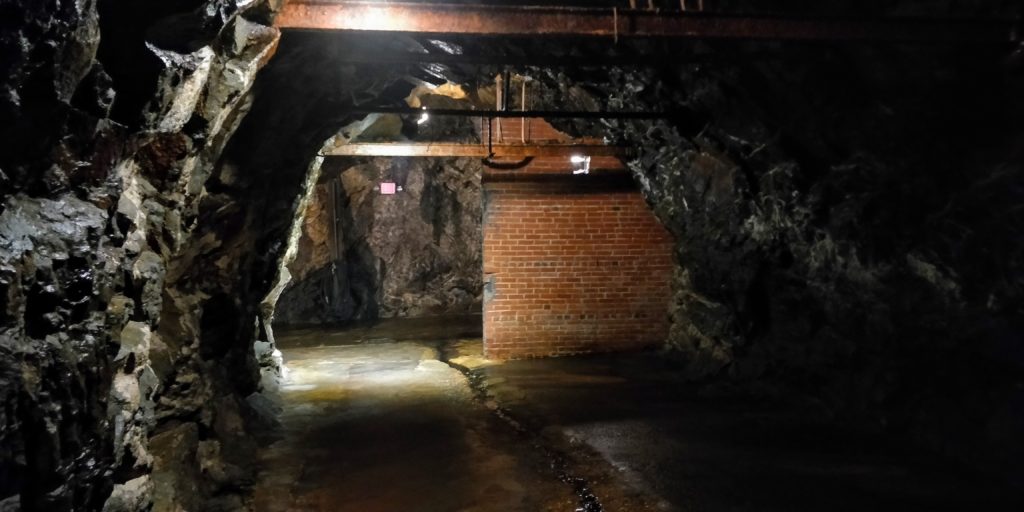 While still in the brewery caves, your tour guide will point out a large brick wall that was built by the US government during prohibition. This was the government’s attempt to cease beer production during this period.

As America’s oldest brewery, in operation since 1829, Yuengling survived prohibition—but how?  I won’t spoil the surprise as to what Yuengling did during prohibition, but I will tell you this one fact:  when prohibition was lifted on December 5, 1933, Yuengling had its first shipment of beer on the delivery truck at 12:01 am.  They even sent a truckload of beer to president FDR at the Whitehouse! Makes you wonder what was going on in there considering it takes nearly a month to brew beer!

In addition to the caves, you’ll see the massive kettles used for brewing. As with most brewery tours, your tour guide will take you through the entire brewing process from mashing to boiling to fermentation. An iconic backdrop to the kettle room is the stained glass ceilings.

After the brew house, you’ll head on over to the bottling room. Now if you go on a weekday, you’ll witness bottling production in action with conveyor belts rolling and bottles filling up with beer. However, if you visit on a Saturday (there are no brewery tours on Sunday), you will still be able to see the labeled and unlabeled bottles lined up and cardboard cases stacked high.

Some might say that the best part of the Yuengling brewery tour is the free beer at the end. I won’t argue with them on that.

Yuengling in Pottsville has it’s own tasting room with all its delicious beers on tap including any seasonal beer. You are welcome to try any two 8 oz cups of beer. Yuengling’s year round beer includes:

Yuengling also brews a seasonal Oktoberfest which you might be lucky enough to taste if you visit the brewery in autumn.

For those under 21 years old or who don’t drink alcohol, there is local root beer on tap to drink. 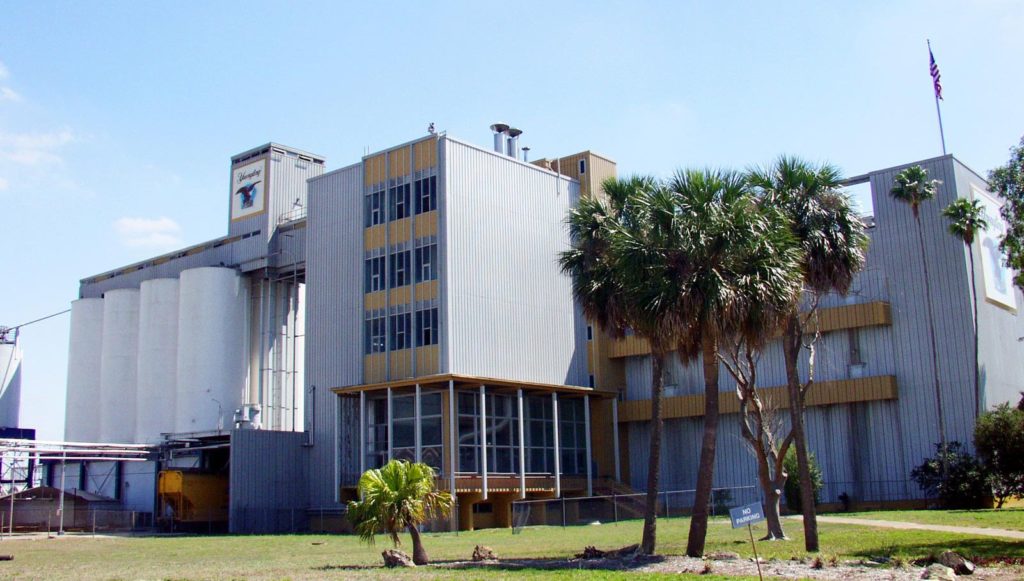 In addition to the iconic Pottsville brewery on Mahantongo Street, Yuengling has two other brewery locations: one that’s 2 miles away on Mill Creek Ave and the other in Tampa, Florida.

While Yuengling purchased the Stroh Brewery in Tampa in 1999, they were building the Mill Creek location in Pottsville and began production there in 2001.

Similar to Pottsville, all ages are welcome on the Yuengling tour in Tampa, but only those who are over 21 with a valid ID can taste the free beer. 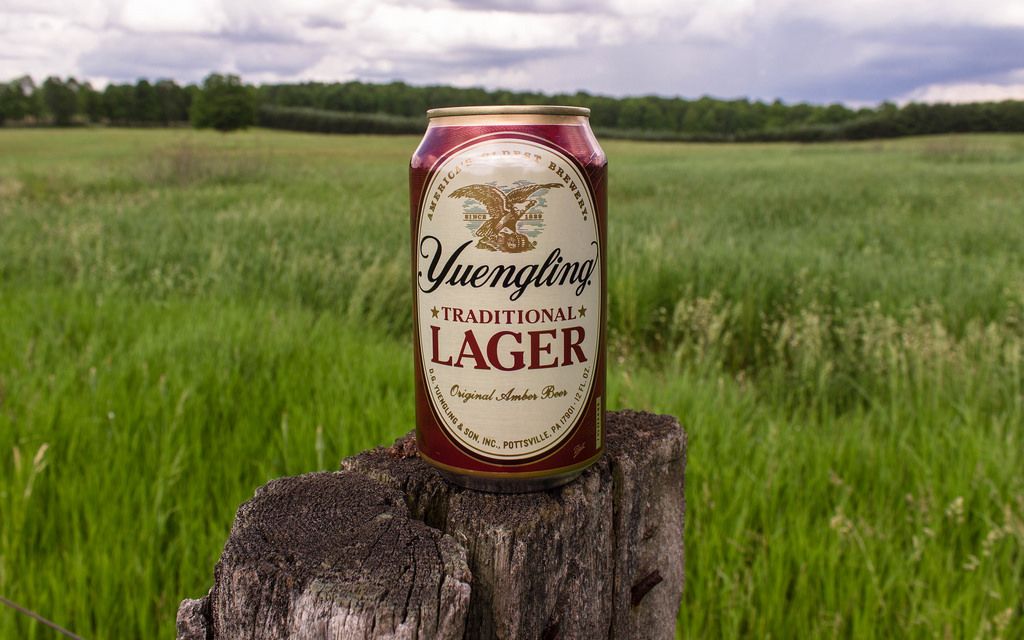 Yuengling is one of my favorite beers. If you’re lucky enough to live in one of the 22 states that Yuengling currently distributes, you probably know what I’m talking about. For the rest of you, Yuengling is rapidly growing, and your day will come very soon when Yuengling distributes to your state… or country.

I haven’t had the privilege of touring the Tampa brewery, but I plan to one day. Have you ever been on a Yuengling brewery tour? Let me know in the comments below what your experience was or if you have any questions prior to visiting the Pottsville brewery.

Calling all Yuengling fans and beer drinkers. I blog about beer and specifically Yuengling. Grab a cold one, drop a comment below, and continue learning about beer. Cheers!